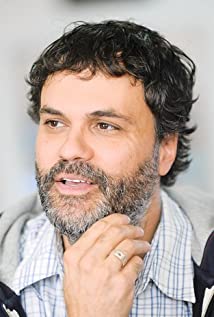 Eduardo Sanchez was born in Cuba in 1968. It was at a young age he gained an interest in film making. At Wheaton High School Ed made school movie projects such as Shrimp Fried Vice and Pride (in the name of Love) all of which starred his friends and family, as well as Ed himself.After High School Ed studied at Montgomery College where he continued to make movies like Star Trek Demented. He later got accepted to the University of Central Florida where he made Gabriel's Dream, a film which he thought was going to be his big break, but that didn't come for almost another decade. In 1997 he and a close friend Daniel Myrick got together and started production on the most successful movie (budget to gross) ever, the The Blair Witch Project (1999). It was a world-wide hit and has become one of the most spoofed films of all time.