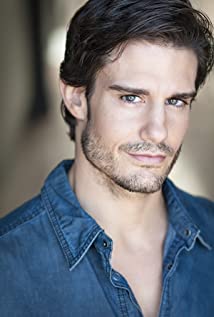 Edward Finlay (also known as Eddie or Eduardo Finlay) was born and raised, first generation, in Miami, FL, from native Cuban parents, who fled Cuba as political refugees in the late 1950s. He is one of four siblings; two brothers and a sister. His ancestry consist of Spanish and Scottish origin. Eddie grew up watching a lot of movies with his family. Movies that inspired his imagination and fantasy of becoming an actor/ artist included collections from the Star Wars series, the Indiana Jones series, and the Superman series, with Christopher Reeve. He loved the stories and imagination that these types of movies brought out in him. Eddie attended Cristopher Columbus High School in South Florida where he loved playing sports, but never got involved in theatre until he received an opportunity to audition for the lead role in the play Splender in the Grass, to play Bud Stamper, for the sister school, theater program, at Our Lady of Lourdes Academy. He won the role, and fell in love with the journey, and the process, of performing and storytelling. From that point on, he made the decision to get involved in the acting business. He was already a successful fashion model, doing campaigns such as Abercrombie & Fitch, Versace, Panama Jack, editorials for Vogue, and more. He began to figure out how to transition from the modeling business into show business with a little help from the film and television department at his modeling agency, as well as help from world known photographer Bruce Weber. Eddie booked his first series regular on a show called Miami Sands; a TV soap opera that showed mostly in Europe.. The show was a great beginning and training ground for him. During the duration of filming Miami Sands, Eddie landed a Guest Star on a show called S-Club 7 as well. He also later got involved with a local theatre company and performed in musicals and plays at the Gusman Theatre in Downtown Miami, and The Jackie Gleason Theatr. He performed plays and musicals such as Grease(as Danny Zucko), Copelius( as Dr. Copelius), Hercules(as Hercules). He later moved to Los Angeles, where he auditioned for pilot season. He trained at John Kirby Studios, Lesley Kahn Studios, and later at Ivanna Chubbuck Studios. He was then cast as a lead/ series regular on another TV series "Ocean Ave.", working along actress Megan Fox(Tranformers), and Rebecca Ferguson(M:I-Rogue Nation). During the duration of filming Ocean Ave., Eddie was cast to work with Michael Bay on Bad Boys 2, and landed a supporting role on 2 Fast 2 Furious, playing Agent Jason Dunn, working with director John Singleton, Paul Walker, Tyrese Gibson, and Eva Mendes. As Eddie's journey continued, he was cast in Guest Stars, Co-Stars, Leads, and Supporting roles in other film and television productions such as Modern Family, Medium, CSI:NY, CSI: Cyber, NCIS:LA, Honeymoon with Mom, Watercolors, Fortress, and After the Rain(Reach). He also was cast as a series regular to play FBI agent, Harrison Pearce, with a mysterious past and inner conflict, on the show South Beach on Hulu; also just finishing filming a supporting role, playing Henry Navas, on the film Vandal(2017). Eddie currently resides in Los Angeles with his lovely wife, where his journey continues and grows as an artist.