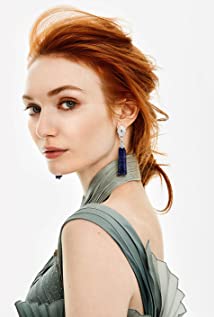 Eleanor May Tomlinson was born on the 19th of May 1992 on London, Greater London, England. She moved to Beverley, East Riding of Yorkshire, England, as a small child, and attended Beverley High School as a teenager.She is an English actress who was best known for her TV roles as Isabelle in Jack the Giant Slayer (2013), and Isabel Neville in The White Queen (2013). However her role as Demelza Poldark in Poldark (2015) made her a household name. Her father Malcolm Tomlinson is an actor and horse racing commentator, and her mother Judith Hibbert is a singer and former actress. Her brother Ross Tomlinson is also an actor.She's been interested in acting and dancing from early age, and used to appear in school plays. She made her feature film debut in The Illusionist (2006) where she played Young Sophie. She's also appeared in teenage films like Angus, Thongs and Perfect Snogging (2008), and blockbusters like Alice in Wonderland (2010).

The War of the Worlds