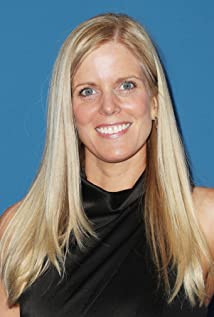 Elizabeth Allen Rosenbaum is a DGA Award nominated film and television director. She has directed and executive produced 6 TV pilots - all of which have been picked up to series. Most recently she directed and executive produced the pilot for the ice skating drama Spinning Out for Netflix and episodes of the hit show Dead to Me. She has directed three wide release theatrical films including the award winning Ramona and Beezus for 20th Century Fox starring Joey King, Selena Gomez, Ginnifer Goodwin and Sandra Oh.Liz graduated Phi Beta Kappa from Cornell University and did her graduate work at USC Cinema school where she was awarded the Jack Nicholson Award for the strongest directing candidate of her class. She recently earned a DGA Award nomination for "Outstanding Direction" for her work on Amazon's The Kicks. Her show Relationship Status starring Milo Ventimiglia was an official selection for the Tribeca Film Festival and was nominated for two daytime Emmy's in 2018.Liz has helmed over 50 hours of content for major networks and studios, including 20th Century Fox, Netflix, Amazon, Warner Horizon/Freeform, and Hulu. Her pilots include BH90210 (CBS/Fox) Spinning Out (Netflix), Pretty Little Liars: The Perfectionists (Warner Horizon/ Freeform), The Kicks (Amazon), Relationship Status (Go-90), and Dating Rules From My Future Self (Hulu). Liz helmed the feature films Aquamarine (20th Century Fox), Ramona and Beezus (20th Century Fox) and Careful What You Wish For (Starz). Her other credits include Dead to Me, The Exorcist, Empire, The Resident, Why Women Kill, The Arrangement, Vampire Diaries, Macgyver, Hawaii Five-0, All American Franklin and Bash and Gossip Girl.Liz is a member of the DGA, the WGA, SAG and the Editor's Guild. She resides in Los Angeles with her writer/producer husband, Scott and their son, Theodore.