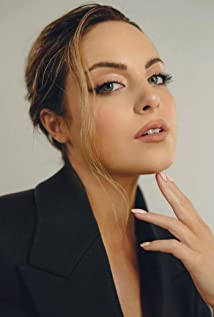 Elizabeth Gillies (born July 26, 1993) is an American actress, singer and songwriter. Elizabeth began acting professionally at the age of 12. With a strong background in musical theater, Elizabeth made her Broadway debut at age 15, starring as the character "Lucy" in the original Broadway cast of "13". Shortly after the closing of "13", she went on to land the role of "Jade West" in the hit Nickelodeon series, Victorious (2010). She soon started appearing on other Nickelodeon shows, most notably as the voice of Daphne on Nickelodeon's 2011 revival of Winx Club (2004). Elizabeth also recorded Winx Club's official song, "We Are Believix", and starred in its live-action music video.Elizabeth's film credits include Vacation, Arizona & Animal. Elizabeth can be seen on CW's hit series Dynasty where she plays Fallon Carrington. The show is now in its 4th season.In addition to acting, Elizabeth is also focused heavily on music which has been a strong passion of hers since childhood. She most recently released a Jazz EP with Seth MacFarlane entitled, "Songs From Home."

The Penguins of Madagascar