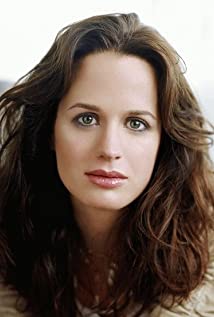 Elizabeth Ann Reaser was born July 2, 1975 in Bloomfield, Michigan, to Karen (Weidman) and John Reaser. As the middle child in a trio of sisters, she grew up in rural Milford, MI. Her mother, a homemaker, and her father, an attorney turned restaurateur turned substitute teacher, divorced, and her stepfather was businessman Bill Davidson. Through high school, Elizabeth worked several odd jobs, including being a caddie at a country club.Elizabeth wanted to be an actor from childhood. She began college at Oakland University in Rochester Hills, Michigan, but, after one year, yearned to leave the mid-west and expand her horizons. She applied (with her parent's blessing) to the Drama Division of The Juilliard School and was accepted. At Juilliard, she was awarded a Bachelor's of Fine Arts (B.F.A.) in 1999.She struggled at first, but soon found adequate representation, and a part on the daytime drama series, Guiding Light (1952). Since then, she has become an accomplished film, television, and stage actor, landing numerous supporting and leading roles, including Esme Cullen in the Twilight series.In October 2004, Interview magazine hailed her as one of the "14 To Be" emerging creative women.