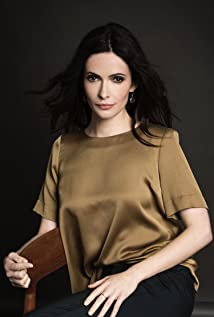 Elizabeth "Bitsie" Tulloch is an American actress. She is known for her role as Juliette Silverton/Eve in the NBC television series Grimm.Tulloch was born in San Diego, California, but grew up in Spain, Uruguay, and Argentina. "Bitsie" is not a contraction of Tulloch's given name, Elizabeth, but an homage to her oddly-nicknamed grandfather, a World War II bomber pilot. Tulloch is of Scottish descent on her father's side and Spanish descent on her mother's. Tulloch has stated her first language was Spanish although she no longer considers herself completely fluent anymore. Annually, her mother's family meets in Southern California for Day of the Dead. Her paternal grandmother's family is from Renfrewshire and her grandfather's family originated from the area around Kirkwall. In an interview with BBC News, she reported that "we think the first Tulloch came to the US around 1880 and the Kerrs came in the early 1900s. After returning to the U.S., she went to middle and high school in Bedford, New York. Tulloch graduated magna cum laude from Harvard University with a double major in English and American Literature and Visual and Environmental Studies.Tulloch's first acting credit was as R2-D2's "girlfriend" in R2-D2: Beneath the Dome, a mockumentary produced by George Lucas telling the life story of the fictional robot R2-D2 from the Star Wars film series. She starred as "Sally" in the premiere of Sam Forman's play, Quarterlife, which opened at the Pico Playhouse in March 2006. The Los Angeles Times wrote, "Superbly performed...the scene at the end of the play, between Sally (Bitsie Tulloch) and Jack (Clark Freeman), was heartbreaking and beautiful... The lead actress, Bitsie Tulloch, [was] absolutely brilliant."Her first film role was in Lakeview Terrace directed by Neil LaBute, opposite Samuel L. Jackson, Kerry Washington, and Patrick Wilson, and worked with Barbara Hershey on a film called Uncross the Stars. In the fall of 2009 she filmed the romantic comedy Losing Control. Tulloch voiced one of the characters, a wolf called Sweets, in Alpha and Omega, a 3-D computer animated film, which was released in September 2010.Tulloch played the small role of Norma, an actress in the 1920s starring in a silent movie with a veteran actor, in the award-winning movie The Artist with Jean Dujardin, John Goodman and James Cromwell, which was released by The Weinstein Company in November 2011, and won the 2012 Academy Award for Best Picture. She was nominated for a Critics' Choice Award for Best Ensemble Cast.In 2012 she starred as one of the titular roles in independent film Caroline and Jackie opposite Marguerite Moreau, which she also co-produced. The film premiered at the Tribeca Film Festival in April 2012, and was released theatrically in May 2013.Tulloch played Marilyn Sitzman, a witness to the Kennedy assassination, in the star-studded 2013 film Parkland, opposite Paul Giamatti, Billy Bob Thornton, Marcia Gay Harden, Jacki Weaver, Jackie Earle Haley, and Zac Efron. The film was produced by Tom Hanks and Gary Goetzman of Playtone, and was released in 2013, to coincide with the 50th anniversary of John F. Kennedy's assassination.Tulloch has appeared on television shows House, Cold Case, The West Wing, Moonlight, and Outlaw. In 2007 she filmed a role as a Dharma initiative scientist for the ABC series Lost, but her role was re-cast due to scheduling conflicts with quarter-life.Tulloch played the lead role in Ed Zwick and Marshall Herskovitz's drama quarter-life, which premiered on NBC in early 2008. While the series was quickly pulled and moved to Bravo, Tulloch was hailed for her performance. The Los Angeles Times wrote: "She's the best realized of the bunch... Tulloch, who plays her, seems destined to be better known." She was often compared to the 'next' Claire Danes: "Will this be the first online show to create a real star? It looks likely: The gorgeous 26-year-old Tulloch clearly possesses Danes-like smarts and magnetism."In 2009, Tulloch shot one of the 3 leads in HBO's buzzed-about comedy pilot Washingtonienne based on the book by Jessica Cutler. The pilot was produced by HBO and Sarah Jessica Parker. In early 2010 she filmed Most Likely to Succeed, a 1/2 hour comedy pilot for Imagine Entertainment through the FOX network, and a recurring role on NBC's Outlaw.She was a series regular on the NBC series Grimm (2011-2017), a fantasy police procedural drama set in a world where characters inspired by Grimms' Fairy Tales exist. Tulloch's heritage and fluency with the Spanish language were written into the role.In September 2018, Tulloch was confirmed to play Lois Lane in The CW crossover event "Elseworlds" in the series Supergirl and The Flash. The executive producers described the character as "dogged, determined and brave."In December 2014, Tulloch confirmed she was in a relationship with her Grimm co-star David Giuntoli. In July 2016, she and Giuntoli revealed they became engaged in April 2016. They married in Ju