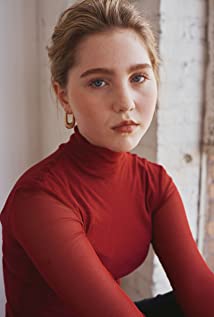 At just 12 Years old Ella Anderson was praised by critics for her role as Jeannette Walls in "The Glass Castle" as "The show-stealing Ella Anderson" "First among equals" "Emotional and raw" "Simply Enchanting..possessing acting chops well beyond her years." "Anderson is a revelation"Ella Anderson is a versatile actress known for her roles in "The Glass Castle" 'The Boss,' 'Mother's Day', 'Unfinished Business' and the 2016 Kids Choice Award winner for Favorite Kids TV Show, 'Henry Danger' Anderson was born in Ypsilanti, Michigan, on March 26, 2005. She got her big break at 5, when she was discovered by a casting director in Detroit, Michigan. She quickly landed a part in the Feature Film 'Touchback', followed by roles in films that include 'The Giant Mechanical Man', 'Last Man Standing', 'The Possession of Michael King', James Franco's directorial debut film, 'Bukowski', as well as Franco's UCLA short film 'Miss Famous' with Kristin Wiig. Anderson has social media follow of nearly 4.5 million strong across multiple platforms, thanks to her role playing Piper Hart in Nickelodeon's 'Henry Danger', which completed production on 128 episodes. While working on the series, she has also appeared in a string of major Hollywood productions including, 'Unfinished Business' with Vince Vaughn, the 2015 blockbuster comedy 'The Boss' with Melissa McCarthy and Kristen Bell and the Garry Marshall helmed, 'Mother's Day' alongside Jason Sudeikis, Jennifer Aniston and Julia Roberts. Her work in Destin Daniel Cretton's drama 'The Glass Castle' alongside Woody Harrelson, Naomi Watts and Oscar Winner Brie Larson, is unlike anything you have seen from Anderson thus far, proving Anderson can move seamlessly between comedy and drama. Ella lives with her mom, dad and twin brothers, Gabriel and Julian in Los Angeles. She loves animals and is the proud adopted owner of 2 small dogs named Pasha and River.

The Possession of Michael King

Dog with a Blog