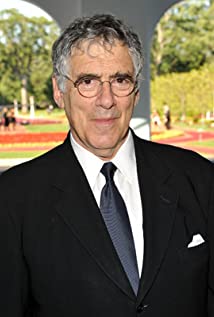 Elliott Gould is an American actor known for his roles in MASH (1970), his Oscar-nominated performance in Bob & Carol & Ted & Alice (1969), and more recently, his portrayal of old-time con artist Reuben Tishkoff in Ocean's Eleven (2001), Ocean's Twelve (2004) and Ocean's Thirteen (2007). Gould was born Elliott Goldstein on August 29, 1938 in Brooklyn, NY, to Lucille (Raver), who sold artificial flowers, and Bernard Goldstein, a textiles buyer in the garment industry. His family were Jewish immigrants (from Romania, Belarus, and Russia).Gould's portrayal of Trapper John in Robert Altman's MASH (1970) marked the beginning of perhaps the most prolific period of his career, highlighted by such roles as Philip Marlowe in Altman's The Long Goodbye (1973) and Robert Caulfield in Capricorn One (1977).On television Gould has the distinction of having hosted Saturday Night Live (1975) six times and helmed E/R (1984), a situation comedy set in Chicago about a divorced physician working in an emergency room, which aired for one season. He also co-starred in the series Nothing Is Easy (1986) about a couple raising an adopted Chinese boy.Gould appeared regularly on television and in film throughout the 1980s and the 1990s, including cameos in The Muppet Movie (1979) and The Muppets Take Manhattan (1984). His most prominent recent television role was a recurring part on Friends (1994), on which he played Monica and Ross Geller's father Jack. More recently he voiced the character of Mr. Stoppable on the Disney Channel animated series Kim Possible (2002). In film Gould received critical acclaim for his portrayal of an older mobster in Warren Beatty's Bugsy (1991), and make a noteworthy appearance in American History X (1998). His next major TV role will be in Showtime's drama Ray Donovan (2013) starring Liev Schreiber.Gould has been married three times, twice to Jennifer Bogart, and once to Barbra Streisand. He has three children.

Natalie Wood: What Remains Behind