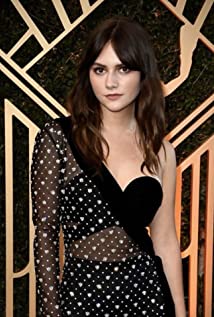 Emilia Jones is a BAFTA nominated actress best known for playing the lead role of Kinsey Locke in Netflix's Locke and Key.In addition to her television and film work, Emilia has also performed in three highly acclaimed theatre productions. She played Flora in Lindsay Posner's Turn of the Screw at The Almeida, Joan in Far Away at the Young Vic and Young Fiona in the original West End production of Shrek the Musical at The Theatre Royal, Drury Lane.Her latest feature, CODA, premiered at Sundance Film Festival in 2021, winning more awards than any film in Sundance history. It captivated audiences and prompted a bidding war between Netflix, Amazon, Searchlight and Apple which concluded in Apple paying a record breaking $25 million for world wide rights to the movie. For her role in CODA, Emilia had to spend nine months learning American Sign Language, have singing lessons and learn how to operate a professional fishing trawler.

Incident in a Ghostland

What We Did on Our Holiday