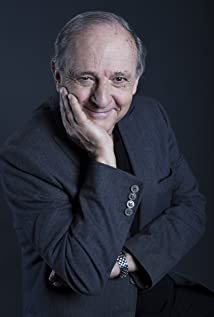 In his almost 50 years as an actor, Emilio Gutiérrez Caba has worked continuously in theater, film, and television. He has worked with renowned directors on the big screen and has become a legend of the theater. Since his debut in the sixties, he has brought over a hundred characters to life in dozens of series, plays and more than 80 films. Emilio Gutiérrez Caba was born in Valladolid in 1942 into an iconic entertainment family. He is the son of Emilio Gutiérrez and Irene Caba Alba, and the brother of the actresses Irene Gutiérrez Caba and Julia Gutiérrez Caba. The actor spent his childhood and adolescence in an environment marked by acting and the arts, so it did not take long to awaken his vocation. Gutiérrez Caba studied philosophy, but his interest in acting was consolidated at university. He made his debut in the theater in 1962 when he joined Lilí Murati's company and he won his first film role in 1963 in Jesus Franco's 'El llanero'. He went on to join forces with actress María José Goyanes to create their own company in 1968. Since 1979, he has starred in works by classical authors such as Gil Vicente, Calderón, Shakespeare, Joyce, and Juan Ruiz de Alarcón; and pieces by contemporary playwrights such as Álvaro del Amo, Jorge Díaz, Fermín Cabal, and Juan García Larrondo. His interpretation of Don Diego in 'The Maidens' Consent' by Moratín in 1996 is legendary. In 2003, he was nominated for a Best Actor Spanish Actors Guild Award for 'The Prince and the Showgirl'. His performance in 'Mourning Becomes Electra' was recognized with a Max Award for Best Supporting Actor. Although Gutiérrez Caba's career has played out mainly on stage, making him a true theatrical legend, he has combined stage with screen in the literary adaptations: 'The Beehive', 'Werther', 'Requiem for a Spanish peasant' and 'La sombra del ciprés es alargada'. He has also participated in 'Bicycles are for the Summer' by Jaime Chávarri, and worked with Pedro Almodóvar in 'What Have I Done to Deserve This?' On television he has given life to characters such as San Juan de la Cruz in the successful series 'Teresa de Jesús' and Don Vicente Cortázar in 'Gran Reserva', for which he received the Best Actor Ondas Award and another Spanish Actors Guild Best Actor Award. Emilio's other credits include 'The First Night of my Life' and 'Goya in Bordeaux.' His work in 'Common Wealth' is especially noteworthy and earned him the Goya Award for Best Supporting Actor, and the CEC and Spanish Actors' Guild Awards in the same category. Shortly thereafter he received a second Goya for 'Ten Days Without Love'. Among his more recent work is Julio Medem's 'The Tree of Blood', Jaume Balaguero's 'Way Down', 'Despite Everything' directed by Gabriela Tagliavini, Juan Jose Alfonso's play 'After The Rehearsal' and the series 'La Templanza,'for Amazon Prime.

The Tree of Blood

Palm Trees in the Snow