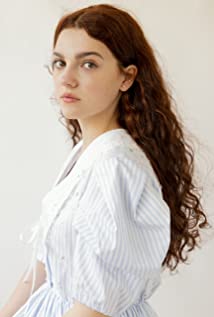 Emily was born 30th April, 2003 in North London.At the age of 9 she made her professional theatre debut in Shrek The Musical at The Theatre Royal Drury Lane leading straight into Marta Von Trapp in The Sound of Music at Regent's Park Open Air Theatre directed by Rachel Kavanaugh. The production was nominated for 'Best Musical Revival' at the 2014 Olivier Awards, and subsequently Emily reprised her role with a live performance at the Olivier Awards Ceremony at the Royal Opera House, Covent Garden.In 2014 at the age of 11 Emily was cast in the semi-regular role of Grace Beauchamp in BBC's flagship Saturday night drama 'Casualty', appearing in 41 episodes across 5 seasons until 2021. Also in 2014 she featured as 'Mini Idina' in the music video for Idina Menzel and Michael Buble's hit single Baby It's Cold Outside. Other television credits include the series regular role of Mary Conan Doyle in the 10 Part drama 'Houdini & Doyle' which aired in the spring of 2016 and the role of Bea in Turn Up Charlie for Netflix.Making her big screen debut in 2017 as Young Diana in the Warner Brothers blockbuster movie 'Wonder Woman', Emily has begun to carve a niche as a young action hero moving swiftly into the role of Young Lara Croft in the 'Tomb Raider' reboot directed by Roar Uthang which released in 2018.2020 saw the release of the 10 part series 'Get Even' on Netflix Worldwide in which Emily plays series regular Mika Cavanaugh.Emily's other film roles set for release in 2021 include Anne Frank in the highly anticipated animated feature film 'Where Is Anne Frank?' Directed by Ari Folman and Teenage Wendy Darling in 'The Lost Girls' directed by Livia De Paolis. Emily is represented in the UK by Curtis Brown and in the USA by UTA. Managed by Grandview LA.

Where Is Anne Frank