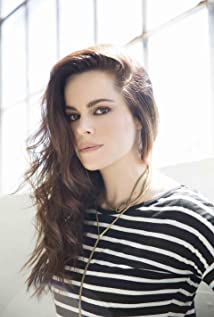 Born and raised in Montreal, Emily Hampshire has made an indelible mark on the Canadian film and television industry in a relatively short period of time. Her work has been recognized by the Canadian Academy of Cinema and Television with 3 Genie Award Nominations, a Gemini Award for her work on the small screen and was chosen by her peers in the Canadian Actors Guild as a nominee for 'Outstanding Female Performance' at the ACTRA Awards.At the 2012 Cannes International Film Festival, Emily received the Birks Canadian Diamond Award during the Canadian Talent Tribute presented by Telefilm Canada for her career and work in David Cronenberg's Cosmopolis (2012) in which she appeared, opposite Robert Pattinson in an unusual "huis clos", playing Jane Melman.Emily has been very busy in 2012 and 2013. She was praised for her 'winning performance' in My Awkward Sexual Adventure (2012) by John Anderson from Variety after the TIFF'12 movie premiere. She starred in the futuristic-zombie movie The Returned (2013) by Manuel Carballo, wrapped That Burning Feeling (2013) starring John Cho and stars All the Wrong Reasons (2013) in alongside Kevin Zegers and Cory Monteith. She also has a recurring role as a key supporting cast member in the wildly successful series Schitt's Creek (2015): motel front desk clerk Stevie Budd. Schitt's Creek is entering its 5th season in 2019.

All the Wrong Reasons