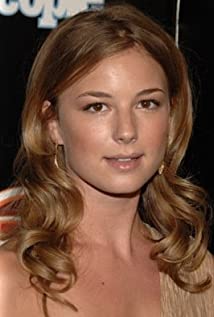 Emily Irene VanCamp (born May 12, 1986) is a Canadian actress, known for her lead roles on the WB series Everwood (2002), the ABC dramas Brothers & Sisters (2006) and Revenge (2011), and as Sharon Carter / Agent 13 in Captain America: The Winter Soldier (2014) and Captain America: Civil War (2016). VanCamp stars as the female lead in the Fox medical drama series The Resident (2018), which debuted in January 2018 as a midseason entry in the 2017-18 US television season. VanCamp was born in Port Perry, Ontario. She is the third of four daughters born to Cindy and Robert VanCamp. Her father is an animal nutritionist and her first job was working for her father, delivering food to clients in and around her hometown. VanCamp started studying dance at age three, and wanting to become a professional dancer, at the age of 11 convinced her parents to let her attend a summer training program in Montreal. At 12, she was accepted at the École supérieure de ballet du Québec, the training program of Les Grands Ballets Canadiens, and moved in with a local French Canadian family. In 1998, VanCamp became interested in acting after visiting her sister Katie on the set of the film Ladies Room (1999). She started taking acting classes on Saturday afternoons, found an agent and, after working on a few commercials, was cast in the second part of the three-part season-seven premiere of the Canadian children's horror anthology television series Are You Afraid of the Dark? (1990)Her character was present in one scene and spoke no dialogue, playing opposite a 17-year-old Elisha Cuthbert.

The Girl in the Book

Marvel 75 Years: From Pulp to Pop!