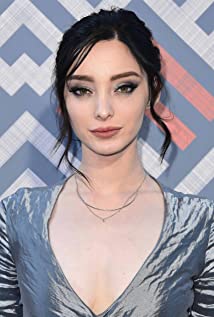 Named one of fall TV's breakout stars by IndieWire, Emma Dumont has quickly become known for the powerful characters she brings to life on screen. Dumont can currently be seen starring on FOX's drama series "The Gifted," which follows an ordinary suburban family whose lives change course forever when they discover their children have developed mutant powers. "The Gifted," based on Marvel Comics' X-Men series, is set in an alternate timeline where the X-Men have disappeared. Dumont shines as Polaris, daughter to X-Men character Magneto, however while brave and loyal, she struggles with an internal darkness and teeters in and out of control due to an undiagnosed bipolar disorder. "The Gifted" premiered on October 2, 2017 and is currently in production of season 2.In addition to "The Gifted" Dumont recently starred as Charles Manson's dedicated follower Emma Karn on NBC's 60's-era drama "Aquarius" opposite David Duchovny. She also appeared on ABC Family's scripted dance series "Bunheads" as Melanie. Dumont made her feature film debut in director Craig Johnson's "True Adolescents" at 12 years old, alongside Melissa Leo and Mark Duplass. Additional credits include: "Mind Games" for ABC, "T@gged" for AwesomenessTV, "Pretty Little Liars" and "The Fosters" for Freeform, and "The Magicians" for SYFY.Born in Seattle, Washington Dumont had a love for the arts at a young age. She began ballet dancing at just three years old and studied at Pacific Northwest Ballet School, Cornish College of the Arts and Spectrum Dance Theatre School, while spending summers at the American Ballet Theatre, Joffrey Ballet School and the Bolshoi Ballet Academy in Moscow, Russia. At four years old she began taking violin lessons and went on to play with the Seattle Youth Symphony Orchestra and the Glendale Youth Orchestra. At 15 years old Dumont won V Magazine's model search contest and appeared in their March 2010 issue, landing a contract with Ford Models. She worked fashion week in New York City that year, and went on to model in Hong Kong, New York, Los Angeles, China, and Tokyo. While Dumont was excelling in dance, music, and modeling, one of her biggest passions was acting, and she continued to hone her craft in community theater and classes, landing roles in indie films in her teens and a handful of series roles.While acting and the arts are two of Dumont's greatest loves, she also has a passion for mechanical engineering and computer programming. She is a member of Mensa and participated in FIRST Robotics on a team sponsored by NASA/JPL and Walt Disney Imagineering. Today, Dumont remains passionate about mentoring youth associated with the program. While her current production schedule is demanding, Dumont is continuing her studies and is taking classes in engineering and programming. She currently resides in Los Angeles with her puppy Zoe.