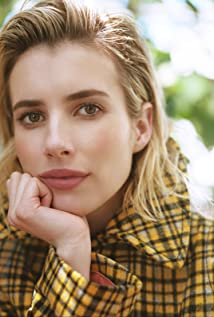 Emma Roberts was born in Rhinebeck, New York. She was a baby when her parents separated, and she grew up living with her mother, Kelly Cunningham. She was educated at Archer School for Girls in Los Angeles, California.Emma is the daughter of Oscar-nominated actor Eric Roberts, and the niece of Oscar-winner Julia Roberts. As a child she spent some time on the sets of movies with her aunt Julia. This helped Emma decide that she wanted to follow a career in acting. Her first movie role came in Blow (2001), where she played the daughter of Johnny Depp's character. Various small parts followed, until she was cast in the lead role of Addie Singer in Nickelodeon's "Unfabulous" (2004). Her performance lead to many award nominations as well as a foray into the music industry, including the release of an album, "Unfabulous and More".More roles followed in various projects, including the eponymous heroine in Nancy Drew (2007), Hotel for Dogs (2009), 4.3.2.1. (2010) and Scream 4 (2011). In 2011, Emma began attending Sarah Lawrence College in New York, studying English Literature.