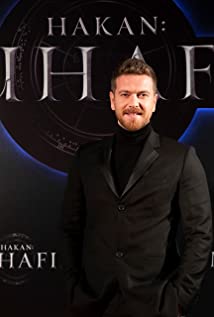 Engin Ozturk is Turkish actor. He was born on 28 September 1986 in Eskisehir. His family is Turkish minority in Balkans, after Ottoman Empire collapsed . His paternal family is of Turkish descent who immigrated from Bulgaria. His maternal family is of Turkish descent who immigrated from Thessaloniki, Greece. Öztürk played volleyball for 8 years. After graduating from Eskisehir Fatih Anatolian High School.His father was in the Turkish army. He chose his father's profession and entered the Izmir Air Astsubay Vocational High School. He graduated in 2005. But he gave up being a soldier. Then he graduated theatre department of Hacettepe University.He left the TSK (Turkish Armed Forces) in 2006 due to his incompatibility with military service and came to Ankara and completed his education in Hacettepe University State Conservatory the department of theater in 2012. He was a bartender in bar of actor, Erdal Besikcioglu. In 2010 Öztürk debuted as Selim Yasaran in the TV series Fatmagül'ün Sucu Ne?. He played in hit series Behzat C. Bir Ankara Polisiyesi. In 2013, he played in the international historical drama called Muhtesem Yüzyil as Selim II.