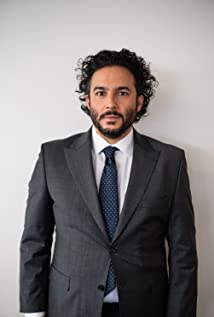 Ennis Esmer originally came to Toronto from Ankara, Turkey, at the age of 3. He trained at Second City while attending the fine arts high school Earl Haig. He made it through three years of theatre training at York University before getting the boot, while spending much of the early 2000s working on stand-up, sketch (with Mustered & Relished) and musical comedy (as front man of Calcu-Lator & The Oral Presentation) at clubs around Toronto.Ennis portrayed billionaire criminal mastermind turned FBI consultant 'Rich Dotcom' on NBC's hit series Blindspot (2015). He can also be seen as 'Dave Amari' on DirecTV's You Me Her (2016) and as 'Kurtis Mazhari' on Global's Private Eyes (2016).Previously he starred as 'Nash' on the Amazon series Red Oaks (2014), which ran for three seasons, and 'Oz Bey' on CTV's The Listener (2009), which ran for five seasons. His work on The Listener (2009) earned him an ACTRA Award nomination and multiple Canadian Comedy Award nominations.Upcoming for Esmer is a recurring role on the fifth season of Schitt's Creek (2015) on CBC and Netflix. His other television credits include a series-regular role on The L.A. Complex (2012), which aired on the CW in the United States.He has recurred and guest starred on numerous series including SyFy's Dark Matter (2015), FXX's Man Seeking Woman (2015), SyFy's Lost Girl (2010), USA's Covert Affairs (2010), CBC's Republic of Doyle (2010), The CW's Nikita (2010), and TNT's Transporter: The Series (2012), among others. Esmer also served as a co- host of the Canadian edition of the game show 'Wipeout' (Wipeout Canada (2011)), and hosted the Gemini Awards, Canada's version of the Emmy Awards, two years in a row.On the silver screen, Esmer will next be seen opposite Troian Bellisario and Patrick J. Adams in the indie Clara (2018), which is set to screen at the 2018 Toronto International Film Festival. Other independent film credits include How to Plan an Orgy in a Small Town (2015), directed by Jeremy LaLonde; Big News from Grand Rock (2014), directed by Daniel Perlmutter; Dirty Singles (2014), directed by Alex Pugsley; Sex After Kids (2013), directed by Jeremy LaLonde; and the breakout hit 'Young People Fucking' (YPF (2007)), directed by Martin Gero.