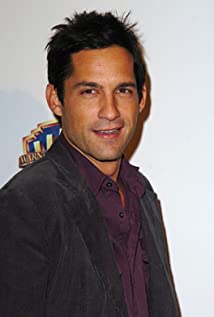 Enrique Murciano was born in Miami, Florida, on July 9, 1973, but spent the first few years of his life in Mexico. He attended Tulane University and Boston Law School, but moved to Los Angeles to pursue his goal of becoming an actor. He brought with him his love of exotic cars and motorcycles. On his first audition, 1997, he landed the role of Alejandro in Speed 2: Cruise Control (1997). The role only involved one line, but it took six months of shooting.His big break came three years later, when a two-day stint on the set of the Academy Award-winning Traffic (2000) turned into several weeks work as the role of DEA agent Ricky, placing him in several pivotal scenes with Luis Guzmán and Don Cheadle. After the short-lived TV series Spyder Games (2001), Enrique landed the role of Sgt. Lorenzo Ruiz in the much-acclaimed Ridley Scott film Black Hawk Down (2001). It was during the shooting of that film that he was introduced to Jerry Bruckheimer, a meeting that led to his role in Without a Trace (2002).

The Half of It