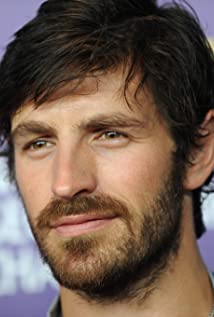 Eoin - pronounced Owen - Macken was born in Dublin on 21 February 1983 and began his interest in drama at University College, Dublin. At the age of 19, he became a highly successful model, chosen as the face of Abercrombie and Fitch, in addition to working for Ralph Lauren, Braun and GQ magazine. After joining the Attic studio of drama he spent some time in Los Angeles, where he directed the well-regarded short, 'Dreaming For You', about young acting hopefuls in Tinseltown, in addition to completing his psychology degree. Back in Ireland he directed and shot a second film, psychological thriller 'Christian Blake' as well as appearing in serial drama 'Fair City.'

The Hole in the Ground