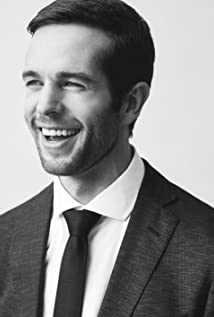 The middle child of Crawford, one of Canada's last remaining orthopedic shoe makers and mother Anita, police officer and tattoo artist. His parents of English, Irish, Scottish and German ancestry raised him in the beautiful valley town of Lumsden, Saskatchewan.Eric first caught interest in acting at the age of 8 while watching the film "The Garden" being shot in his family home. A year later he found himself with a small part on the Jamie Foxx movie "Held Up" (Trimark). Getting the chance to watch Jamie Foxx act and perform his own stunts changed Eric forever. His parents soon bought him a camcorder and he started making his own home videos. What started out as insane stunts to impress friends and family soon turned into a life long passion.After graduating high school, Eric moved to Vancouver to study Prosthetics and Orthotics while pursuing acting, singing and dancing in his spare time. Two years later he entered the Canadian Model and Talent Convention and walked away with "Best TV Commercial" and "Overall Best Talent" awards as well as his first agent. Eric made the decision to put Prosthetics and Orthotics aside and move to Toronto to pursue acting full-time. Since then Eric has garnered world-wide attention having appeared in Quantico alongside Jake McLaughlin and Priyanka Chopra (ABC), "The Strain" (FX), "Reign" (CW), and in 2017 Eric was chosen to portray the recurring role of Constable D. Fox for 3 seasons of Daniel Grou's multi-award winning detective series "Cardinal" (CTV/eOne). Eric has recently portrayed real life astronaut Dale Gardiner in the short film "Guion" and the main villain in the feature "A Christmas Catch" (HQ).In 2016 Eric signed with Primary Wave Artists and now divides his time between Toronto, Vancouver and Los Angeles. His recent work playing Kim Coates mole as Detective Ken Tucker throughout all of Season two's epic multi-award winning gang drama "BadBlood" (CityTv) as well as film appearances in "White Night" alongside CFC alumni Kimberly Laferriere (21 Thunder) and "The Christmas Wedding Planner" (HQ) with Kelly Rutherford and Jocelyn Hudon have proven Eric to be a viable new actor on the rise.Currently (2019) Eric is filming Season 4 of Cardinal and just finished wrapping on the high intensity stunt-combat action film "Enhanced" working alongside Adrian Holmes as a Private Military Contractor hired to contain highly volatile enhanced subjects. The film is expected to be released in 2020.