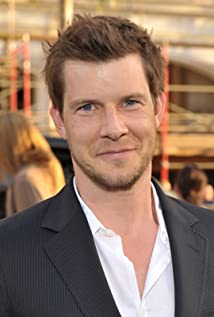 Eric Mabius was born in Pennsylvania, the second of two sons of Elizabeth (née Dziczek) and Craig Mabius. His father has Austrian and Irish ancestry, and his mother is of entirely Polish descent. Eric spent much of his early life in Massachusetts. Upon graduating from high school, he attended the renowned arts school, Sarah Lawrence College. Immersing himself in acting, writing and film theory, college became the jumping-off point for Mabius' first roles in the theater in smaller Off-Broadway productions.He first came to the attention of movie fans with his film debut in Welcome to the Dollhouse (1995), where he played the object of Heather Matarazzo's character's affection, a teen rock star. Since then, he has taken on a wide variety of roles, avoiding being typecast. He has appeared in more than 27 films - seven of which screened at Sundance - and over a dozen television projects. He earned favorable notice for his performance as a high school gang leader in Black Circle Boys (1997). More roles followed, his best known being in the box office smash Cruel Intentions (1999), where he plays a prep school athlete who gets blackmailed. He got a starring role in The Crow: Salvation (2000), a sequel to the Brandon Lee film from a few years earlier. Another horror film which he appeared in was the science fiction action film Resident Evil (2002), in which he plays a policeman in the future. He won another prominent role in the Showtime TV drama The L Word (2004), which won him a new audience. He starred in another TV series, the high tech drama Eyes (2005), but although the series was well received, it never found an audience. But his standing wasn't damaged, and he continues to have a devoted fan base, particularly among audiences of independent films. In 2006, he gained more aplomb for his role in the surprise hit series Ugly Betty (2006), playing a womanizing executive. While he greatly appreciates his fans, he is a private person who does not seek the limelight. Thus, he does not show up at events which draw tabloid photographers.In February of 2006, he married his girlfriend of five years, interior designer Ivy Sherman, in New Orleans.