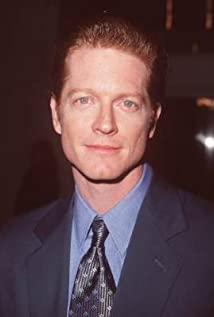 Eric Cameron Stoltz is a theater-trained actor and producer who has starred in both independent and studio films. He was born on September 30, 1961 in Whittier, California, to Evelyn Vawter, a violinist and schoolteacher, and Jack Stoltz, an elementary school teacher. He has German, English, and Scottish ancestry. Eric was raised in both American Samoa and Santa Barbara, California, where by the age of fourteen, he was earning money by playing piano for the local musical theater productions, including "Mame" starring Anthony Edwards, whom he co-starred with as two of Jeff Spicoli's stoner friends in Fast Times at Ridgemont High (1982). The two became friends, and then college roommates when both attended the University of Southern California. Dropping out in his junior year, Eric joined a repertory company that did 10 plays at the Edinburgh Festival in Scotland. Moving to New York in 1981, he studied with Stella Adler and Peggy Feury, and soon appeared in his first film, Fast Times at Ridgemont High (1982). In the 1980s, he garnered attention (and a Golden Globe Nomination) starring as Rocky Dennis in Mask (1985), and in John Hughes' Some Kind of Wonderful (1987). In 1988, he made his Broadway debut in Great Performances: Our Town (1989), for which he was nominated for a Tony Award.In the 1990s, he went back and forth from stage to film, building up an eclectic resume that included studio films (Pulp Fiction (1994), independent films (Sundance Festival Winner The Waterdance (1992), and films that he himself produced (Mr. Jealousy (1997). He also continued to appear on the New York stage both on Broadway (Three Sisters, Two Shakespearean Actors) and off-Broadway (The Importance of Being Ernest, The Glass Menagerie). He continued to work in television as well, doing a recurring role as Helen Hunt's ex on Mad About You (1992), a year on Chicago Hope (1994), and in the television and cable movies Inside (1996) (directed by Arthur Penn), A Killer in the Family (1983) (with Robert Mitchum) and The Passion of Ayn Rand (1999) (with Helen Mirren). Eric Stoltz lives in New Mexico, and has been romantically linked to Ally Sheedy, Jennifer Jason Leigh, Lili Taylor, and Bridget Fonda,. Since 2002 he has concentrated mainly on directing, having done a television movie, several short films, several independent films, and television shows such as Grey's Anatomy (2005), Boston Legal (2004), Nashville (2012), and Glee (2009). In 2014 he became the producing director of the hit CBS show, Madam Secretary (2014).