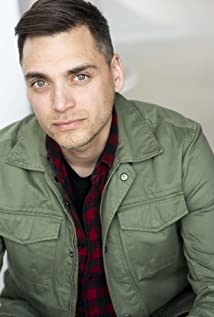 Erik Athavale (pronounced 'ah-TUV-lay') was born in Windsor, Ontario, to Emily, a Canadian of Polish descent, and Ashok, an immigrant from India. After discovering a passion for acting in high school, Athavale attended the University of Winnipeg, majoring in Education (inspired by his parents who were both educators) with a Theatre minor. He changed course midway through his studies and earned a degree in marketing. In 2012, Athavale renewed his focus on acting and has since become a sought-after supporting and character actor in TV and film. Most recently he has completed supporting roles in films like "Bed Rest," the next installment of the Sniper action film series, and the upcoming horror feature "All Fun and Games." He has also entertained audiences in recurring guest star roles in the TV series "Burden of Truth," "The Porter," and "Sunnyside." Uniquely, Athavale played the lead in the 2021 internationally acclaimed short "Wolf in Dude's Clothing," which showcased his knack for conveying emotional range through facial expressions and mannerisms. A versatile character actor, Athavale has made his mark in cheery Hallmark movies and mind-bending thrillers alike. He has shared scenes with Sarah Paulson, Bob Odenkirk, Hilary Swank, David Harbour, Michelle Monaghan, Chrissy Metz, and more. Off-screen Athavale is an in-demand acting coach, emerging screenwriter, and active moderator and strategist in the advertising and marketing industry in Western Canada. He is also an avid traveller and devoted caregiver to his hounds, Belvedere and Jolene, who dominate his Instagram feed.

Crashing Through the Snow