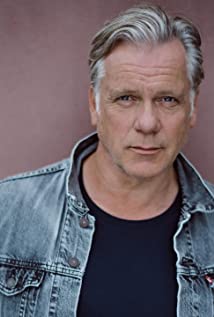 Born in Inverness, Scotland, Erik's family emigrated to New Zealand when he was seven. A love of theatre began at primary school and after completing a Bachelor of Arts in English Literature at Victoria University Wellington he was selected to attend the national drama school, Toi Whakaari/ New Zealand Drama School. Once graduated Erik worked extensively in theatre in New Zealand before moving to Australia in 1995. He has enjoyed a successful trans-Tasman career since and resides with his wife Caitlin and two children, Eilish and Magnus in the small hamlet of Port Willunga, South Australia.Erik will next be seen in the lead role of Hoaggie in James Ashcroft's thriller COMING HOME IN THE DARK which will have its world premiere at Sundance 2021. His most recent films include Roderick Mackay's debut feature film THE FURNACE, which received critical acclaim at its world premiere at the 2020 Venice Film Festival and the lead in Daniel J. Phillips' horror feature AWOKEN.He recently completed production on the ABC series AFTERTASTE, which he also produced, and was last seen on screen in the limited series THE LUMINARIES for the BBC in the role of Dick Mannering alongside Eve Hewson and Eva Green. He is in production on the highly anticipated return of the popular series BACK TO THE RAFTERS for Amazon.Erik's film credits include Shawn Seet's STORM BOY alongside Geoffrey Rush and Jai Courtney, Scott Hicks' THE BOYS ARE BACK opposite Clive Owen, Cate Shortland's SOMERSAULT with Sam Worthington, THE BLACK BALLOON opposite Toni Collette, Wayne Hope's NOW ADD HONEY, ACCIDENTS HAPPEN with Geena Davis, BEAUTIFUL and WE'RE HERE TO HELP.For his outstanding performance in SOMERSAULT, Erik was awarded the Australian Film Institute (AFI) Award for Best Supporting Actor in 2004 and was nominated for a Film Critics Circle of Australia Award for Best Actor in a Supporting Role. In 2008, Erik was again nominated for an AFI Award for Best Supporting Actor for his performance in the multi-award winning film THE BLACK BALLOON. Erik was also nominated for Best Actor in a Feature Film for WE'RE HERE TO HELP, and Best Actor in a TV Drama for THE MILLION DOLLAR CONMAN at the 2008 NZ Film Awards.Erik was awarded the Silver Logie in 2016 for his performance as 'George Turner' in 800 WORDS and in 2003 for his performance as 'Dr Mitch Stevens' in the television drama series ALL SAINTS. He has been nominated a further eight times for the Silver Logie for Most Popular Actor Award and in 2011 he was also nominated for the Silver Logie for Most Outstanding Actor. Erik is well known for his role as the head of the Rafter family in Australia's top rating TV drama PACKED TO THE RAFTERS and his other television credits include the AACTA Award winning first series of THE CODE, Rowan Woods' miniseries THE BROKEN SHORE adapted from the Peter Temple novel, THE ALICE, BLACKJACK: DEAD MEMORY, MDA, THROUGH MY EYES, THE MILLION DOLLAR CONMAN, WILDSIDE, 13 GANTRY ROAD, PACIFIC DRIVE, HERCULES and XENA: WARRIOR PRINCESS.Erik's theatre credits include the sold-out season of THE SPEECHMAKER for the Melbourne Theatre Company; THE SPLINTER for the Sydney Theatre Company; JULIUS CAESAR, TWELVE ANGRY MEN, ALL MY SONS and ANGELS IN AMERICA for the Auckland Theatre Company; and SCHOOL FOR SCANDAL, HAMLET and GYPSY for the Court Theatre.

How to Please a Woman

Back to the Rafters

Coming Home in the Dark

The Boys Are Back