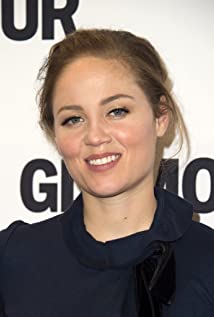 Erika Jane Christensen was born in 1982 in Seattle, Washington, to Kathy (Hendricks), a construction manager, and Steven Christensen, a human resources executive and insurance worker. She was raised in the suburban outskirts of Los Angeles, California. At age 12, Erika knew that she was going to be an actress. Talented in acting, singing and dance, the young Christensen was determined, not just lucky; it wasn't long before she landed her first job: a commercial for national advertising giant, McDonalds. She followed up with a part in Michael Jackson's music video for "Childhood," then landed her big break: a lead role in Disney's Leave It to Beaver (1997). Christensen was only 13 years old, but acclaimed by critics for her "chemistry" and "radiant self-assurance." Guest spots on television followed. Christensen popped up everywhere including prime time heavy hitters like Frasier (1993), Nothing Sacred (1997), The Practice (1997), 3rd Rock from the Sun (1996) and Touched by an Angel (1994). Erika received a nomination by the Hollywood Reporter for the 1998 Young Star Award (Best Performance By A Young Actress in a TV Drama Series) for her outstanding performance in Nothing Sacred (1997). Erika also kept her big screen presence known, in 1999 she worked on a Disney made-for-tv movie called Can of Worms (1999). And in 2000 Erika was able to show the world her acting chops when she took the gritty role of Caroline Wakefield, a teenage daughter of the White House Drug Czar who is herself a drug addict, in the award-winning Steven Soderbergh film, Traffic (2000). Aside from the distinction of playing alongside Hollywood's elite, Erika earned critical acclaim for the realism of the role, and received multiple awards including Female Breakthrough Performance at the MTV Movie Awards, Female Standout Performance at the Young Hollywood Awards, and Outstanding Performance by a Cast Ensemble at the Screen Actors Guild Awards. Erika is of Norwegian (from her paternal grandmother), Danish, English, German, Scottish, Welsh, and Irish descent.

To Have and to Hold