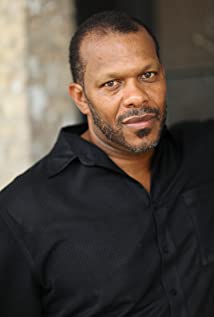 Escalante Lundy is an American film and television actor and producer, from New Orleans, LA. His most notable role is as "Big Fred" in Quentin Tarantino's Oscar-Nominated film, Django Unchained. Lundy also appears as a prison guard in HBO's Emmy-Nominated television series Treme and in a Pampers commercial with Super Bowl Championship Quarterback, New Orleans Saints' Drew Brees.Escalante Lundy was born in New Orleans, LA the eldest of five brothers, to Merline (nee' Roy), retired real estate agent, of Rayne, LA, and Hughes Banks Lundy, a salesman from Innis, LA. Lundy graduated from St. Augustine High School, later receiving his Bachelor's degree in Urban Planning from the University of Southwestern Louisiana (USL). Lundy received Masters degrees in Urban Planning and Geographic Information Systems from the University of New Orleans.Escalante's career began as a stage producer in Sacramento, CA. When an actor failed to show-up, Lundy took the role', garnered success and later decided to focus on acting as a career path. Admittedly, shy by nature, Lundy used acting as a tool to face his fears of public speaking and improve his diction. He continued to hone his acting skills by taking parts in small productions in film and on-stage in Los Angeles and Las Vegas.Lundy returned to New Orleans in 2005, leaving his position with the California Department of Transportation in Sacramento. Lundy's family members were victims of Hurricane Katrina and his valiant character motivated him to permanently relocate. As the city began to rebuild, Lundy continued to pursue his new found acting passions including focusing on film roles. He studied with renowned acting coaches Veleka Grey (Young and the Restless), Lance Nichols (Curious Case of Benjamin Button and HBO Television Series, Treme) and became a fixture at the acclaimed Jerry Katz Joint (Ivana Chubback Technique). In 2007, Lundy joined the made his New Orleans theatrical debut as co-lead in the production of the "Papaya Man" with the Anthony Bean Community Theater (ABCT)in New Orleans. After having a challenging first rehearsal Lundy says, "I tried to quit but Mr. Bean wouldn't let me. He gave me legs until I was able to run"In 2012, Lundy made his major motion picture debut as "Big Fred" in Quentin Tarantino's spaghetti western, Django Unchained. Lundy's role as a Mandingo fighter reflects the contrast of the powerlessness of slavery against the super human strength it took to survive such atrocities. Additionally, the grueling fight scenes Lundy appears in are riveting. Although filming the scenes was long and arduous, the efforts paid off. Tarantino directed Lundy in some of the most memorable aspects of the film.

Attack of the Southern Fried Zombies

Proof of the Devil