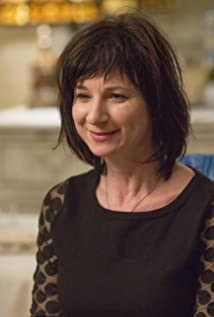 Eszter Balint (born in Budapest , Hungary) grew up as a member of the avant-garde theatre company Squat Theatre in New York. She has appeared in starring and featured roles in films by Jim Jarmusch, Woody Allen, Steve Buscemi, alongside David Bowie, and in Louis CK's FX TV show Louie, among others. Eszter has been featured in a number of documentaries as herself.Eszter is also a musician performer violinist and songwriter with three critically acclaimed solo albums, Flicker, Mud and Airless Midnight. She has appeared as a violinist and/or vocalist on numerous projects by others, including albums by Michael Gira's Angels of Light and Swans, John Lurie's Marvin Pontiac's Greatest Hits, various projects by Marc Ribot, and has contributed tracks to two tribute albums by John Zorn. Eszter has collaborated with Stew (Passing Strange, Notes of a Native Song, The Total Bent, The Negro Problem) on a show of songs about Eszter's life growing up in NY.

A Woman, a Part