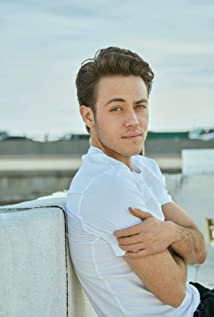 Ethan began doing photo ads when he was four years old as a way for his mother and him to spend time together. After a few ads he was asked to audition for commercials and then movies. He landed his first movie role acting with Vince Vaughn in Fred Claus (2007) when he was seven years old, filming on Michigan Avenue in his hometown of Chicago.At the age of nine Ethan played a major role in the movie The Unborn (2009), where he took the part of a mythical Jewish spirit known as a Dybbuk named Barto. He was personally selected by the writer/director, David Goyer, because of his ability to follow direction and maintain an expressionless face during filming. Ethan very much appreciated the opportunity to play opposite Gary Oldman in this movie.In 2009 Ethan was selected for a character in a Showtime series called Shameless (2011) as Carl, the son of Frank Gallagher (William H. Macy), an absentee alcoholic father. Carl is being raised by his sister Fiona (Emmy Rossum) but he is a little out of place and has no real role model in his life and finds rather unique ways of trying to fit in and vie for his older sibling's attention.Ethan is an avid skateboarder, loves photography and is a 2nd degree black belt in Taekwondo. He attends middle school in his hometown near Chicago and enjoys "hanging out" with his friends. He is an animal lover and has a number of pets, despite the numerous characters he has played that are quite different than him in reality.