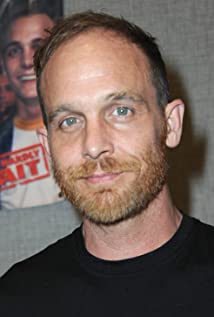 Ethan Embry was born Ethan Philan Randall on June 13, 1978 in Huntington Beach, California, to Karen and Charles Randall. Before he started acting in movies, Ethan appeared in more than 100 TV and Radio commercials. In 1991, at the age of thirteen, he appeared in three films and has continued acting ever since. On average, Ethan released or filmed at least two films per year, which continued up until 1999, when he filmed about five films.Ethan spent most of his childhood in Southern California, growing up with his older brother, Aaron (said to be one of the best musicians in LA), and his little sister, Kessia. In 1998, he bought a home of his own.In the Fall of 1999, Ethan co-starred as Sebastian in the short-lived CBS sitcom Work with Me (1999). Sadly, due to lack of ratings, the show ended after only four episodes. 1999, however, did bring a happy event, Ethan's then-wife, Amelinda Smith, gave birth to their first child, whom they named Cogeian, after the Latin word "cogeo," which means "to think over."In the fall of 2000, Ethan starred as Derek Barnes in FreakyLinks (2000) on Fox. Thirteen episodes were shot, but the series was soon canceled after its debut. Later success include a role as detective Frank Smith on Dick Wolf's remake of the classic series Dragnet (2003), a part in the recent cult classic Harold & Kumar Go to White Castle (2004), and a guest-starring role on the series Numb3rs (2005).He has been married to actresses Amelinda Smith, with whom he has one child, and Sunny Mabrey.

The House Across the Street