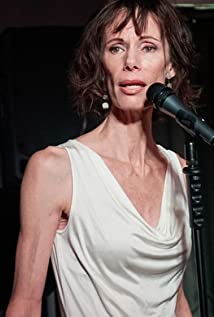 Eugenie Bondurant's long and slightly eccentric career has taken her from the runways of New York and Paris to featured roles in film and television, including her breakout role as the feminine and feline cult icon "Tigris" in The Hunger Games: Mockingjay - Part 2. It's a career that prompted her New Orleans' grandmother to ask: "Can't you play a normal person?"Tall and angular, with knife-blade cheekbones, Bondurant, a fifth-generation resident of NOLA, was "discovered" after a bout with cancer left her looking especially exotic and androgynous. Soon she became a working model in the U.S. and Europe. A modeling trip to Los Angeles led to an acting career that's included a string of bizarre characters in TV and film - including Fight Club (with Ed Norton), and Saturday Night Live (with Madonna and Mike Myers). She tossed around comedian Gene Wilder while playing Alice Cooper's favorite Dominatrix on the TV series Something Wilder. And on HBO's Arliss, she played a transvestite who lured a strait-laced athlete into a night of sin. In the indie feature, Donald and Dot Clock, her character bonded with a house-full of rodents.Eugenie's uniqueness was instrumental in booking The Conjuring: The Devil Made Me Do It with Patrick Wilson and Vera Farmiga and Fear of Rain alongside Harry Connick Jr. and Madison Iseman. Both films are due out later this year. Last year, Eugenie shared screen time with actor/director Pollyanna McIntosh in the horror hit Darlin' which debuted at the 2019 SXSW Film Festival. Her short film Tiny Bacteria was shown at the 2017 Cannes Film Festival; her numerous other film and TV credits may be viewed on her IMDB page. Recent awards include 2018 Arts Alliance Ambassador MUSE Award and Women in Film Award of Excellence.Bondurant is a cabaret singer, appearing in the American Songbook Series with Paul Wilborn and Blue Roses. She is also a founder of The Radio Theater Project.A well-known On-Camera and Meisner acting coach, Bondurant, is a staff member at the prestigious Patel Conservatory and Andi Matheny Acting Studios in Tampa, Fl. Along with acting, she has a BA in Finance.

The Year of Getting to Know Us

Star Trek: The Next Generation