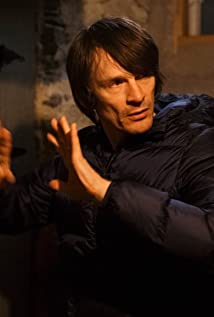 With a number of award winning shorts, tv dramas and feature films to his name, Farren is considered one of the most sought after UK Filmmakers working today. He is currently Lead Director and Executive Producer on Season 2 of Sky/AMC's hugely popular fantasy drama, A Discovery Of Witches prior to which he was Lead Director and Executive Producer on Netflix Original, young adult love story, The Innocents. He directed the psychological thriller, Shut In starring Naomi Watts for Luc Besson's Europacorp and the period Action film, Hammer Of The Gods for Vertigo and EOne. In 2012 he won the BAFTA Award for Best Drama Series for The Fades before going on to direct a number of leading international tv dramas including the season debut of Marvel's Daredevil, Iron Fist and The Defenders, the season 3 finale of the Golden Globe winning Luther, the BBC's remake of the classic science-fiction series, Survivors and the prestigious Doctor Who Christmas Special. Farren is represented by 42 Management in the UK and CAA in the US and currently has a number of tv series and feature films in development.

Hammer Of The Gods