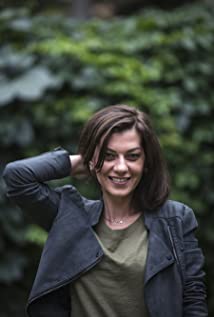 Filiz Ahmet (born 15 April 1981) is a Macedonian-born Turkish stage and screen actress. She is best known for her roles as Zarife in the Turkish TV series Farewell Rumelia and Nigar Kalfa in the TV series Muhtesem Yüzyil.Filiz Ahmet was born in Skopje, SR Macedonia. She is of Turkish descent. Filiz Ahmet has dual Macedonian and Turkish citizenship. Her mother works as a prompter, while her grandfather, Lüftü Seyfullah, was a Macedonian stage actor and co-founder of the Macedonian-Turkish Theatre.The first play she watched in the theater was The Idiot, based on the novel by the same name written by Fyodor Dostoevsky. She developed a lifelong passion for theater, and was 6 when she first appeared on stage.Ahmet's childhood coincided with the Yugoslav Wars. Due to the conflict, her family decided to go to Sweden, and later returned to Macedonia when she was 15. Filiz Ahmet graduated from medical school and then the Academy of Fine Arts in Skopje in 2003.Ahmet is multilingual and is able to speak Macedonian, Albanian, Turkish, Swedish, English, Serbian, and Bulgarian.She began as a stage actress and received several performance awards. She did not plan to act on-screen, and her busy theater schedule allowed little time for anything else. However, her breakthrough performance occurred in 2007 when she appeared in the role of Zarife in the series Farewell Rumelia. To make her character more expressive, Ahmet spoke her role in the Macedonian Turkish dialect. After this series, she received offers in various television series. Her next project was Balkan Wedding, where she took the role of Galina in 2009.In 2010, Ahmet received the role of Nigar Kalfa in a prime-time historical Turkish television series, Muhtesem Yüzyil (The Magnificent Century). The show is very successful in the Balkan region and Turkey, and is broadcast in 45 countries. The series has 204 million viewers worldwide.Her work with Muhtesem Yüzyil brought her positive responses and acclaim from critics.