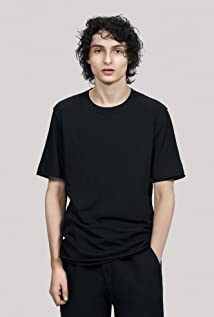 A native of Vancouver, British Columbia, actor Finn Wolfhard stars as Mike Wheeler in the critically acclaimed Netflix Original Series "Stranger Things." The hit series has received various accolades, including a Screen Actors Guild (SAG) Award for Outstanding Performance by an Ensemble in a Drama Series; two MTV Movie & TV Awards for Show of the Year; an AFI award for TV Program of the Year; and a Golden Globe nomination for Best Drama Television Series. To date, the series has received 30 Primetime Emmy Award nominations, including two for Outstanding Drama Series. The third season premiered in July 2019, breaking Netflix viewership records in its first weekend of release and has gone on to become Netflix's most watched season to date. "Stranger Things" was renewed for a fourth season which began production in 2020.In May 2019, Wolfhard became the new face of Yves Saint Laurent's Fall/Winter 2019 Campaign. In 2020, Wolfhard starred in Amblin's haunted house film "The Turning," opposite Mackenzie Davis and Brooklynn Prince. He also wrapped production on Sony Pictures' highly anticipated "Ghostbusters: Afterlife," a new chapter in the "Ghostbusters" universe, from director Jason Reitman. Slated for release in March 2021, Wolfhard will star alongside Paul Rudd, Carrie Coon and McKenna Grace. Next, Wolfhard will star alongside Oscar winner Julianne Moore in the new comedy-drama feature "When You Finish Saving the World," written and directed by Jesse Eisenberg and produced by Emma Stone. The mother-son story is inspired by Eisenberg's upcoming Audible Original of the same name, which is debuting in 2020. Wolfhard is also set to star as a lead voice over in the upcoming animated series, "NEW-GEN," based on the comic series distributed by Marvel and created by Chris Matonti, J.D. Matonti, and Julia Coppola.In September 2017, Wolfhard moved from the small screen to the silver screen, playing the lead role of Ritchie Tozier in the film adaptation of the Stephen King novel "IT." Fans of the novel will remember Wolfhard's role as Trashmouth, part of the Losers Club. The film premiered to critical acclaim, breaking opening weekend box office records in its debut and going on to become the highest grossing horror movie ever. Wolfhard, along with his cast, received the Best On-Screen Team award for "IT" at the 2018 MTV Movie & TV Awards. Wolfhard also starred in "Dog Days," alongside Vanessa Hudgens and Nina Dobrev. He can also be heard in the Netflix animated series "Carmen Sandiego," which released its second season in October 2019. Wolfhard has also been supporting independent voices in animation. He has a role in "JJ Villard's Fairy Tales," as well as a role shared with his brother Nick (also a Netflix voice actor) in the recent surprise hit "Smiling Friends."In 2019 alone, Wolfhard co-starred in three diverse feature films. Wolfhard reprised his role of Richie Tozier in New Line's blockbuster sequel "It: Chapter Two." He co-starred in Warner Bros & Amazon Studios' "The Goldfinch," an adaptation of Donna Tartt's Pulitzer Prize winning & New York Times best-selling novel. Wolfhard played the role of Young Boris alongside an all-star cast including Ansel Elgort, Nicole Kidman, Sarah Paulson and Jeffrey Wright. Lastly, he voiced the character Pugsley Addams in MGM's animated "The Addams Family" movie. He can also be heard in Netflix's animated series "Carmen Sandiego," which released its second season in October 2019.His first role was in the 2013 independent film Aftermath. After appearing in more independent films such as The Resurrection, Wolfhard moved into roles on television shows The 100 and Supernatural.In addition to acting, Wolfhard has a passion for music and formed a garage-rock band called Calpurnia. Calpurnia recorded their debut EP which was released in June 2018. The band's first single "City Boy" debuted at No. 23 on Billboard's Alternative Digital Song Chart and hit No. 1 on Spotify's Global Viral 50 playlist. During their three-year run, the band toured across North America and Europe. In the Fall of 2019, Wolfhard and drummer Malcolm Craig formed The Aubreys. In March 2020, The Aubreys released their first official EP entitled "Soda & Pie." Wolfhard also used his growing platform to host an event and raise funds for Sweet Relief, an organization that helps musicians in need.

When You Finish Saving the World

Carmen Sandiego: To Steal or Not to Steal