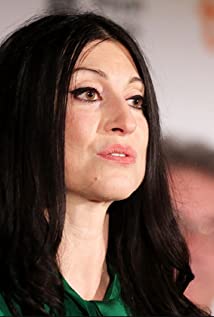 Floria Sigismondi is a photographer and director. Apart from her art exhibitions she is best known for directing music videos. Her trademark dilating, jittery camerawork, noticeable as early as her video for Marilyn Manson's "The Beautiful People", has been replicated by a great number of directors since. Her parents, Lina and Domenico Sigismondi, were opera singers. Her family, including her sister Antonella, moved to Hamilton, Ontario, Canada when she was two. In her childhood she became obsessed by drawing and painting. Later, from 1987 she studied painting and illustration at the Ontario College of Art, today's Ontario College of Art & Design (OCAD). When she took a photography course, she became obsessed once more, and graduated with a photography major. Floria started a career as a fashion photographer. She came to directing music videos when she was approached by the production company The Revolver Film Co., and directed music videos for a number of Canadian bands. Her very innovative, but also very disturbing video works, located in sceneries she once described as "entropic underworlds inhabited by tortured souls and omnipotent beings", attracted a number of very prominent musicians. With her photography and sculpture installations she had solo exhibitions in Hamilton and Toronto, New York, Brescia, Italy, Göteborg, Sweden and London. Her photographs also were included in numerous group exhibitions, together with those of photographers like Cindy Sherman and Joel-Peter Witkin. The German art press Die Gestalten Verlag has published two monographs of her photography, "Redemption" (1999) and "Immune" (2005).