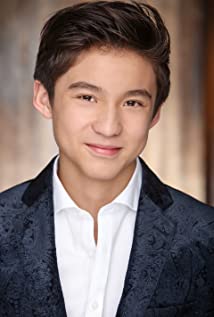 Forrest Wheeler knows that if you want to live the dream, it takes commitment and hard work. Forrest has always strived for excellence in his many ventures and activities: Acting, IMPROV, Xtreme Martial Arts, Action Stunts, Hip Hop and Tennis to name a few.Forrest's first acting class was at the age of seven and he quickly discovered his passion and talent. In just a few years, Forrest has developed a thriving career working on numerous commercials, live performances, voice-overs and several TV Shows including "Community", "New Girl" and "Chasing Life".Forrest's first job on the big screen was in "The Incredible Burt Wonderstone" as a Cambodian boy who is presented a rabbit as a pet and takes it home to his family for dinner. His roles as the young Kuai-Liang in "Mortal Kombat: Legacy II" and recently the popular movie "Such Good People" were also great opportunities to showcase his acting talents.Forrest loves appearing in his role as Emery, the cool younger brother of Eddie Huang, on the ABC prime-time TV series "Fresh Off the Boat".Forrest lives in Southern California with his family. He speaks English, Cantonese and Mandarin.