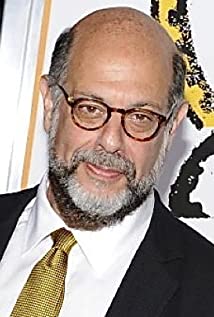 Revered character actor Fred Melamed was born in New York City. His birth-parents were unmarried; an American actress and British psychoanalyst. He was adopted as an infant by Manhattanites Lou and Syma Melamed (nee Krichefsky). His adoptive father was an early television producer, having contributed such watershed programs as Car 54, Where Are You?, Sergeant Bilko and Let's Pretend.Fred received his theatrical training at Hampshire College and the Yale School of Drama. While still at Hampshire, he began working with playwrights Jean-Claude Van Itallie and John Guare. He was also influenced by members of The Living Theatre, and Tina Packer and Kristin Linklater, with whom he became a founding member of Shakespeare & Company. For his work with Packer, he was nominated for the Irene Ryan Award, a prize for the most promising young actors in the United States. At Yale, he was a Samuel F. B. Morse Graduate Fellow, and was much influenced by resident artists James Earl Jones, John Madden, Athol Fugard and George Roy Hill. Immediately after graduation, he became a company member of Minneapolis' famed Guthrie Theater, also performing at The Kennedy Center, The Yale Repertory Theater, and New York's West Bank Cafe. In 1983, he made his Broadway debut in the Tony Award-Winning Amadeus.On television, Melamed stars on the Marvel blockbuster WandaVision, the Netflix original series Medical Police, and the Apple+ hit The Morning Show. Past starring parts have included benighted manager Bruce Ben-Bacharach in Lady Dynamite, errant father Charles Cole on the Golden Globe-nominated Casual, and major roles in Emmy-winning programs Fargo, Girls, Brooklyn Nine Nine, New Girl, The Good Wife, and Adventure Time. Other memorable turns have included Larry David's name-dropping psychiatrist Arthur Thurgood from Curb Your Enthusiasm, Ben's father on Superstore, conman Harvey Oberholt on House of Lies, Sir Patrick Stewart's high-strung therapist Dr. Mendelson on Starz's Blunt Talk, sports casting legend Glen Klose on Now We're Talking, philandering professor Donald Holt on Married, blind physician Leonard Hillman on Childrens Hospital, and irascible voiceover legend Fred Melamed opposite Robin Williams on The Crazy Ones.In film, Melamed has had a long association with Woody Allen. He has appeared in 7 Allen films, (more than any other actor besides Mia Farrow and Diane Keaton), including the Oscar-winning Hannah and Her Sisters, Another Woman, Crimes and Misdemeanors, Radio Days, Husbands & Wives, Hollywood Ending, and Shadows and Fog. But it was for his portrayal of "sensitive" villain Sy Ableman, in Joel and Ethan Coen's movie A Serious Man, nominated for Best Picture at the 2010 Academy Awards, that Melamed became most widely known. For his performance, he won the Independent Spirit Robert Altman Award, New York Magazine listed his as among the Best Performances of The Decade, and Empire called Sy Ableman "One of The Best Coen Bros. Characters of All Time." Melamed appeared on the Best Supporting Actor Oscar ballot of several American critics, including A.O. Scott of The New York Times, Roger Ebert of The Chicago Sun-Times, and Michael Phillips of The Chicago Tribune. He was named by Harry Domenico Rossi as among The 25 Greatest Screen Villains of All Time.His slate of upcoming films includes Togetherish, where he plays lead Ed Helms's father opposite Nora Dunn; Shiva Baby, in which he portrays an Orthodox Jew who sells medical equipment out of the back of a van; Marzipan, a hallucinogenic look into the life of a washed-up, alcoholic spy; and Rumble, the first feature from Paramount's new animation department, with Will Arnett and Terry Crews.In 2021, Melamed is slated to star in S. Craig Zahler's Hug Chickenpenny, opposite Vince Vaughn. This will be his fourth collaboration with Zahler - previous works have included Dragged Across Concrete, Brawl in Cell Block 99 and Bone Tomahawk.In the past, he starred opposite Lake Bell as voiceover legend Sam Sotto in Bell's Sundance Award-winning debut, In a World...; in The Spy Who Dumped Me with Kate McKinnon and Mila Kunis; the Coen brothers' Hail Caesar, with George Clooney; Lying and Stealing, opposite Emily Ratajkowski and Theo James; Silver Lake, with Martin Starr; the James Brown biopic Get On Up; The Dictator, with Sacha Baron Cohen and Sir Ben Kingsley; Peter Yates' Suspect, with Cher, Dennis Quaid and Liam Neeson; The Good Mother, with Diane Keaton and Jason Robards; The Mission, with Robert De Niro and Jeremy Irons; The Pickup Artist, with Robert Downey, Jr. and Dennis Hopper; and Marshall Brickman's Lovesick, with Dudley Moore and Sir Alec Guinness.As a writer, he has produced screenplays including Girl of the Perfume River, A Jones for Gash, and is at work on The Preservationist, a television series inspired by the case of Melamed's college friend, Edward Forbes Smiley III, a renowned cartographic expert and dealer, who admitted to having been the most brazen and prolific map