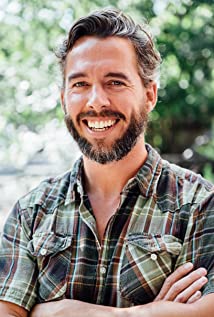 Executive Producer of the 2014 Academy Award winning short documentary The Lady in Number 6, Frederic Bohbot founded Bunbury Films in 2002 as an independent producer/director intending only to make one film: Once a Nazi... - 2006 (Canal D, PBS, Noga). On the back of the critical success of Once a Nazi... there was no turning back and Bohbot expanded Bunbury's production slate - producing a number of documentaries including: Bigfoot's Reflection - 2007 (Space, Netflix) and Leaving the Fold - 2008 (SRC, ABC, YLE, Documentary, Canal +, TV5 Monde, RTBF). 2010-12 were break out years for Bohbot, producing four documentaries Burning Water, (CBC) Land of Destiny, (Documentary, PBS) Underdog Plaza (OMNI, PBS) and the epic Triumph of the Wall aka: Work in Progress (Superchannel, Theatrical). November 2013 saw the release of My Brothers Vows a German co-production (ARTE), which premiered at DOK Leipzig and The Lady in Number 6 (Oscar(TM) Winner!, Netflix). In 2015 Frederic produced Underdog Rises about the rise and fall of boxing champion Dierry Jean for OMNI. 2016 was been a busy year where Frederic completed the television documentary and the interactive digital platform Vie de Chateau (Radio Canada) about the celebrated Chateau Frontenac as well as the feature docs Shadows of Paradise featuring David Lynch (Documentary, Bell Media, Theatrical) and Zimbelism on the photographer George S. Zimbel as well as his first foray into fiction filmmaking, producing the feature fiction Boost. Boost premiered internationally at the Shanghai Film Festival and was released theatrically in Canada in 2017/18 where garnered 5 Canadian Screen Award & 8 Quebec Cinema Award Nominations with Nabil Rajo winning the CSA for best lead actor). In 2017 he also produced Kosher Love (Best Doc CSA Nom) for CBC while in 2018 Frederic completed You Are What You Act (Documentary/Canal D) and I Think You've Been Looking For Me (CBC). IN early 2019 The Musical Brain is in production for Radio Canada as well as a documentary on Marine Mammal captivity in Canada for CBC The Nature of Things with a feature length version going to The Documentary Channel. Bohbot continues to develop and produce programming for television, web and theatrical release.

The Walrus and the Whistleblower

The Lady in Number 6: Music Saved My Life