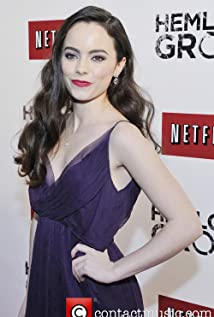 Freya Tingley was born in Perth, Australia (the most isolated city in the world) on March 26, 1994. From a very young age, Freya took to performing, where she explored modeling, singing, dancing and the like, but it finally clicked when she enrolled in an acting school. The ability to inhabit other characters, far away from her own personality, provided a creative high unlike anything she had experienced. With an admiration for character actors such as Meryl Streep and Dustin Hoffman, she decided to follow in their footsteps.Taking the leap of faith at the tender age of seventeen, Freya's supportive mum allowed her to move to Hollywood to "give it a shot for a year" -- her only plan B being a bakery in Perth where she had a part-time shift. Now, it is true that Freya makes a great muffin with raspberries and white chocolate, but it is hardly her calling. Determined, she went on hundreds of auditions and on the very day of her 18th birthday, she booked Netflix's second original series Hemlock Grove, helmed by horror master Eli Roth.The rest, as they say, is history as she went on to play a variety of characters in both TV and film including originating the "Wendy Darling" character in the Peter Pan segment of Once Upon a Time for ABC, as well as Franki Valli's troubled daughter in the film adaptation of the Broadway smash Jersey Boys, directed by Clint Eastwood -- a personal hero of Freya's, and like Clint, she has plans to make the transition from actor to actor/director in the near future.She still cooks muffins with raspberries and white chocolate, but is proud to call the film industry her vocation, and most importantly, her passion.

No Way to Live