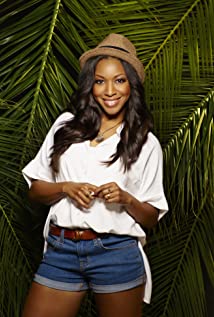 Gabrielle Dennis is a multi-hyphenated artist with a background as a trained dancer, actress, and singer stretching all the way back to age 4. Gabrielle always knew she would have a career in the arts and although she has appeared on stage and film she is best known for her work in television. Her first major recurring role was as Janay Brice on the hit series "The Game" (CW & BET) that was canceled after 3 seasons on the CW but later picked up by BET thanks to a campaign started by fans for the beloved show's return. Gabrielle left the show in 2012 and went on to star in 1 season of "Blue Mountain State" (Spike TV) and guest star on several series like Justified (FX), Bones (Fox), and Baby Daddy (ABC Family) to name a few before landing her first network series regular role on "Rosewood" (Fox) where she played the titular characters sister, Pippy Rosewood. Producers, aware of her abilities, introduced her singing as part of her character's storyline allowing Gabrielle to record several songs for the series and it's subsequent soundtrack. Rosewood was canceled after only 2 seasons but Gabrielle immediately landed her next series as Tilda Johnson aka Nightshade on the junior season of Marvel's Luke Cage where was once again able to showcase her singing talent with a song she performed and wrote entitled "Family First" for the series very climatic reveal. Unfortunately fans never got a chance to see her character fully develop as the show was canceled when Disney pulled all of its series from Netflix. Luckily though this made her available to portray Whitney Houston in "The Bobby Brown Story" a two part mini-series for BET that earned Gabrielle an NAACP Image Award nomination for her performance and an actual win for the series. Since that nomination Gabrielle has gone on to portray another icon, Tina Turner, for an episode of "American Soul" (BET) about the famed Soul Train series and recurred on two more shows: Insecure (HBO) and S.W.A.T (CBS).In 2019 Gabrielle had the opportunity to go back to her comedy routes when Robin Thede, whom Gabrielle first met back in her stand-up comedy days, approached her to co-star in a series she created for HBO called "A Black Lady Sketch Show" that went on to earn three Emmy Nominations in its 1st season. Although Gabrielle has performed stand-up, toured with a sketch troop and was a series regular an another sketch comedy series, "The Underground" (Showtime), most fans were shocked to see Gabrielle portray over 2 dozen characters in the first 2 seasons of "A Black Lady Sketch Show" and look forward to seeing her do more on the heels of a season 3 pickup. In 2020 Gabrielle returned to Netflix as a recurring character on the new hit series "The Upshaws" as Tasha where fans have been able to experience even more of her comedic talents. In 2021 Gabrielle landed her first leading lady role for a network television pilot entitled "Someone Out There" (CBS) which is scheduled to film summer 2021.