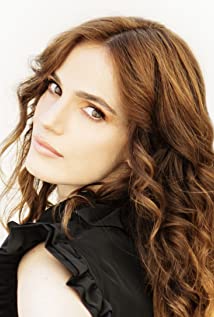 Born in São Paulo, Brazil to an Italian mother and Brazilian father, she made her debut in 2000 as "testimonial di Tim". At the age of nineteen, she began her television career, and later, her movie career. Between 2001 and 2006, she presented several television programs including "Stracult" on Rai Due, "Stella del Sud" on Rai Uno, "Ma chi ce lo doveva dire" with Ficarra and Picone on Canale Cinque, Bi Live on All Music. Between 2008 and 2013, she starred in several tv series including "Amiche Mie" and "Baciati dall'Amore" on Canale Cinque, "Xanadu" for the French channel Arte and "Un passo dal cielo" on Rai Uno. In 2005, she was directed by Roberto Faenza in "I giorni dell'Abbandono" presented in competition at the Venice Film Festival, in 2008 by M. D'Epiro and D. Proietti in "Polvere", in 2010 by Luca Lucini in "La donna della mia vita", in 2014 in France by Benjamin Weill in "West Coast", in 2015 by Rocco Ricciardulli in "All'improvviso Komir", in 2018 by Claudio Cicconetti in "Malati di sesso". In 2014 she was a Unicef goodwill ambassador. In 2015, she published her first book of children's fairy tales written with Roberto Cotroneo entitled "Le fate dell'arcobaleno e il mistero delle Cinque Lune" published by Nord sud Edizioni (Mauri Spagnol publishing group). In 2018, she joined Silver Productions. In 2020, she played the female leading role in the "L'ultimo Paradiso" an Original Netflix Film directed by Rocco Ricciardulli and produced by Lebowski and Silver Productions.