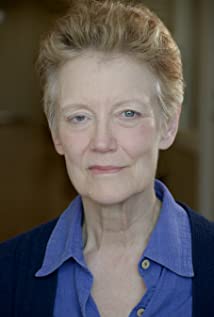 Gail Cronauer is one of the most respected actresses and acting teachers in the Dallas-Fort Worth Metroplex and enjoys her work on both stage and screen. She has led the Theatre Discipline at Collin College in Plano, Texas and been on the faculties of Southern Methodist University, Webster College, the University of Wisconsin-Green Bay and Illinois State University. She is committed to an on-going life of learning, doing and teaching. She holds a BA from Antioch College and an MFA in Acting from Case Western Reserve University. She is certified by the National Michael Chekhov Association as an instructor of that dynamic approach to acting. She has received numerous awards and nominations for her work on stage at the Dallas Theater Center, Undermain Theatre, Kitchen Dog Theatre, Theatre Three, Echo Theatre, Classical Acting Company, Addison Center Theatre, Playwrights Theatre, Stage West, Circle Theatre, Fort Worth Shakespeare and Dallas Shakespeare, where she played Emelia to Morgan Freeman's Othello. She received rave reviews for her portrayal of Maria Callas in the Lyric Stage production of Master Class. Gail co-founded (with Joanne Zipay) the Collin Theatre Summer Shakespeare Workshop for which she has directed Titus Andronicus, Julius Caesar, Twelfth Night, A Midsummer's Night Dream (at the beautiful Oak Point Amphitheater), and All's Well That Ends Well. Gail starred (as Richard!) in the Judith Shakespeare Company's off-Broadway production of Richard III and as Macduff in the all-women A Macbeth at Dallas Theater Center. Gail received glowing reviews for her work in The Vast of Night. She will be seen in the 2020 SXSW selection One of These Days. She played Eleanor Roosevelt in the acclaimed bio pic Te Ata. You can also catch Gail as Lymari Nadal's wicked foster mom in Kreep and Kevin "Hercules" Sorbo's mom in Walking Tall: The Payback and Walking Tall: Lone Justice. Still in post: the comedy-horror flick Undying and the darkly troublesome The Seventh Day. Other motion picture credits include Oliver Stone's JFK (with Gary Oldman) and Born on the 4th of July; Flesh and Bone (with Meg Ryan and Dennis Quaid); Carried Away (with Gary Busey and Dennis Hopper, whom she slaps!); Ma Newton in Richard Linklater's The Newton Boys (co-starring Matthew McConaughey, Ethan Hawke, Skeet Ulrich and Vincent Donofrio); Infamous (murdered by Daniel James Bond Craig!). Television appearances include guest stars on Revolution and Dallas and in the acclaimed mini-series Murder in the Heartland (this time killed by Tim "Pulp Fiction" Roth!). Gail can be seen in the Academy Award-winning drama Boys Don't Cry; in the USA Network Special Hefner: Unauthorized as Hugh Hefner's mom; in Robert Altman's film Dr. T and the Women, co-starring Richard Gere and Helen Hunt; and with Dee Snider (of Twisted Sister) in the VH-1 movie WARNING: Parental Advisory! Look for Gail in the indies: Learning Curve, Finding North, Positive ID, It's in the Water and Air. She has enjoyed working on several webseries including Delphis (she plays a dog), Bail Out, Makin' It and Piggy's Lament. Highlights of Gail's directing career include working with Joe Bob Briggs on his one-man show, staging the opening and closing ceremonies of the 3rd International Women's Peace Conference and the many shows she has directed at Collin Theatre Center. Her acclaimed production of Something Unspoken for Wingspan Theatre was presented at the 2006 Festival of Independent Theaters (FIT), named one of the 10 Best Theatre events of the year by the Dallas Morning News. Gail continues to teach at 1106 LUPO, a private studio, at Theatre 3 and privately. Her background in voice and movement adds to her skill and effectiveness as a performance and life coach for aspiring actors, professionals and civilians. She is an active member of AEA (Actors Equity Association) and serves on the DFW board of SAG (Screen Actors Guild)-AFTRA (American Federation of Television and Radio Artists). Gail is represented by The Campbell Agency. In her spare time, Gail enjoys dancing to the radio, making noise, digging in the dirt, working with tools and learning new things. She excels at domestic arts, face slapping and swearing. Gail is the proud mother of choreographer Adam Hougland and teacher/artist/writer Noah Hougland. She is an activist and extreme recycler. Trivia: Gail appeared in a bizarre and revealing photo in the January, 1995 American Theatre Magazine.

The Vast of Night

A Heart That Forgives