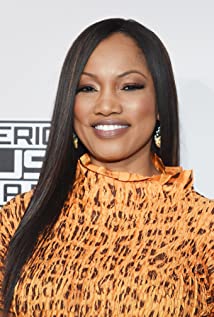 Named one of People Magazine's highly-coveted 50 Most Beautiful in 2014, Haitian-born actress Garcelle Beauvais immigrated to the United States at the age of seven with her mother and sisters, and has since charmed audiences with her dramatic and comedic abilities. A seasoned actress, Garcelle Beauvais starred in the indie film, "A Girl Like Grace," from executive producer Dan Garcia.Garcelle was also seen as the host of "Window Warriors," a store front skill-based design reality series on GSN. Her latest film role includes starring alongside Michael Keaton in "Spider-Man: Homecoming."In addition to all of the above, Garcelle served as host on Fox's daytime talk-show, Hollywood Today Live, where she breaks down the latest in entertainment, pop culture, and celebrity news. Above all, Garcelle's most important job is being a mother. She has been inspired by motherhood to write a children's book series entitled 'I AM,' addressing identity issues relevant to many children today.Garcelle got her start when she began modeling at the age of seventeen and easily transitioned to acting in the Aaron Spelling series "Models, Inc." After that, she co-starred opposite Jamie Foxx for five years on the popular WB sitcom "The Jamie Foxx Show." For four seasons she also starred on the highly rated Emmy© Award-winning series "NYPD Blue." In between her acting projects, she also co-hosts for shows like E!'s "Fashion Police" and "Access Hollywood Live" on NBC.Garcelle supports the Step Up Women's Network, a national non-profit that empowers women and girls to be strong and reach their full potential. She is also active with March of Dimes and Fonkoze. She resides in Los Angeles and has three sons, Oliver, Jax and Jaid.

And Then There Was You