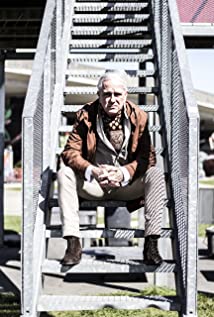 With over 100 projects in film, television and in theatre Gene Bervoets (1956) is one of Belgium's well-established actors. In 2015 he won the Ensor for Best Actor for his interpretation of bus driver Mario Dockers in Paradise Trips. Additionally, Bervoets has been nominated several times in the aforementioned category among which his nomination for a Golden Calf in 2009 for his role in De Laatste Dagen van Emma Blank. One of the prices brought home for Erotic Tales: The Waiting Room, written and directed by Jos Stelling, was a Golden Calf for Best Short Film. Most recently Bervoets is known for playing the leading role of Maurice Teirlinck, an ex-commander in the navy and fugitive, in Beau Séjour 2. Bervoets was part of the series Professor T., Tabula Rasa, Lockdown and Déjà Vu to name a few. In film he worked with directors including Alex van Warmerdam, Dominique Deruddere and Adil El Arbi & Bilall Fallah. At the moment Bervoets is on set with Willem Dafoe, working on a movie directed by Vasilis Katsoupis.