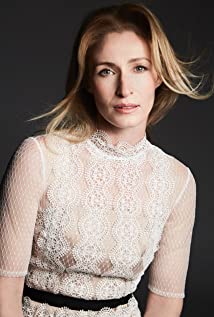 Genevieve O'Reilly (born 6 January 1977) is an Irish actress known for her work in the Star Wars franchise as Mon Mothma, having portrayed the character in Star Wars: Revenge of the Sith and Rogue One, as well as her voice role as Moira in Overwatch.In television, O'Reilly's first appearance was in 2001 in the Canadian television series BeastMaster as a guest star in "Slayer's Return". The following year O'Reilly appeared in Young Lions as Kimberly Oswald in the episode "Asylum Seekers". O'Reilly then appeared as a prominent character in All Saints from 2002 - 2005 as Leanne Curtis. From 2011 to 2014, O'Reilly appeared in the series Episodes as a recurring character alongside Matt LeBlanc. Later in 2014 O'Reilly starred in the television mini series The Honourable Woman as Frances Pirsig in which she starred in six episodes. In the following year of 2015 O'Reilly starred in the BBC television series Banished as Mary Johnson. In 2016, O'Reilly starred in the British drama The Secret from which she gained acclaim and was reported to play her character "beautifully".Alongside her appearances in television, O'Reilly is also known for her career in films with her credits in the movie industry notably including the 2004 film Avatar in which she portrayed Dash MacKenzie, the 2009 period drama The Young Victoria in which she played Lady Flora Hastings, and the 2010 romantic movie Forget Me Not where she played Eve. In 2016 O'Reilly appeared in the role of Tarzan's Mother in The Legend of Tarzan.O'Reilly was born in Dublin, Ireland and raised in Adelaide, Australia. She is the eldest of four siblings. At the age of twenty O'Reilly moved to Sydney to attend the National Institute of Dramatic Art, graduating in 2000. In 2005 she moved to the UK with her husband Luke Mulvihill, and lives in London.O'Reilly was cast as the understudy in director Gale Edwards' production of The White Devil a week after graduating from drama school. She went on to appear in Edwards' Sydney Theatre Company production of The Way of the World. Other theatre credits include The Weir by Conor McPherson, at the Gate Theatre, Dublin, and Richard II at the Old Vic. Recent parts at the Royal National Theatre have been in new play, Mike Bartlett's 13, and as Helena, wife to Andrew Scott's emperor Julian in the 2011 production of Ibsen's epic Emperor and Galilean. In July 2012, O'Reilly performed in George Bernard Shaw's The Doctor's Dilemma.In 2015 she played Kathryn in Splendour by Abi Morgan at the Donmar Warehouse.In 2017, she played Mary Carney in The Ferryman, first at the Royal Court Theatre and later at the Gielgud Theatre in the West End of London.O'Reilly has appeared in several productions filmed in Australia, including both The Matrix sequels. She was also in the 2004 Singaporean science fiction film Avatar, playing the lead role of Dash MacKenzie.In 2005 she played the young Mon Mothma in Star Wars: Episode III - Revenge of the Sith (though most of her scenes were ultimately cut). In late 2016, she reprized her role as Mon Mothma in Rogue One, and voiced the same character in the animated TV show Star Wars Rebels in early 2017.In Australia she starred as Leanne Curtis in the medical drama All Saints.Since moving to the UK, O'Reilly has starred in the political mini-series The State Within, played Princess Diana in the 2007 television docudrama Diana: Last Days of a Princess, and taken the lead role in The Time of Your Life. She played CIA liaison officer Sarah Caulfield in the eighth series of BBC drama Spooks. O'Reilly also played the character of Michelle Beadley in the remake of The Day of the Triffids that aired on BBC One in December 2009.She appeared in all 3 seasons of the BBC/Showtime comedy Episodes from 2011 to 2014, playing Jamie Lapidus, the blind wife of a TV executive, Merc Lapidus.In June 2013, O'Reilly appeared in the pilot episode of the international crime drama Crossing Lines cast as detective and interrogation specialist Sienna Pride, attached to the ICC team from Britain's Scotland Yard.In early 2015, O'Reilly starred as Mary Johnson in Jimmy McGovern's Banished, a television drama focusing on British convicts in an Australian penal colony.In 2015, O'Reilly starred as Dr Elishia McKellar, in an Australian paranormal drama Glitch, set in fictional small country town called Yoorana. Series 1 with 6 episodes won major awards. Series 2 was broadcast on ABC1 and Netflix toward the end of 2017.