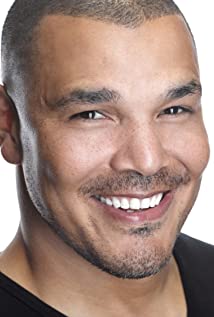 Geno Segers is an actor and voice-artist possessing an active background in many fields of entertainment and athletics. He is best known for the role "Chayton Littlestone" in Cinemax's "Banshee (2013)". His first taste of the entertainment field began with a suggestion by a friend to try voice-work. Possessing a naturally-rich bass quality, Geno first auditioned for voice-ads for a radio station in New Zealand. His voice gained him attention enough to attract an agent's ear. This led to Segers being cast in the role of Mufasa in Disney's Australian stage production of "The Lion King".While attending school at Western Carolina University (WCU), the 6'4" Geno played football which later led to him playing for the American National Rugby League. During this time playing in rugby, Geno later moved to New Zealand where he played for Richmond Rovers Rugby League team.Geno Seger's also has a foundation called "Hold It On The Road", where through motivational speaking he encourages the youth to make good life decisions today, to impact their future tomorrow.