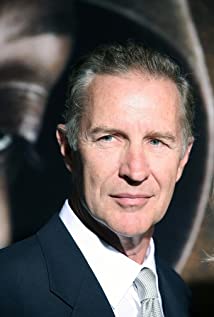 Pierson was born and raised in Chicago. After graduating from high school, he moved to New York to attend Fordham University. He earned a Bachelor's Degree and went on to the Yale School of Drama where, in 1980, he earned his masters. He began his career in summer stock outside of Chicago. In 1983, he landed the role of "Frank Ryan" on ABC's daytime drama Ryan's Hope (1975), a show he starred on for three years. He also appeared in several other daytime serials including Texas (1980), Another World (1964) and One Life to Live (1968). On prime-time TV, he has guest starred on such series as Grace Under Fire (1993), Party of Five (1994), New York Undercover (1994), Against the Law (1990), Kate & Allie (1984) and Law & Order (1990). His feature film credits include Two Bits (1995) with Al Pacino and he co-starred with Alan Arkin in Necessary Parties (1988) (TV)_ . Pierson has amassed extensive credits on stage, including the Broadway production of "Tricks of the Trade" in which he appeared with George C. Scott. His other stage work includes "The Gamblers" for the American Stage Company; "Stringbean" at the California Theatre; and "Speed the Plow" for the Philadelphis Theatre Company. Additional Productions include; "Otherwise Engaged", "Glengarry Glen Ross", "American Buffalo", "Les Liasons Dangereuses", all for the Virginia Stage Company, "Measure for Measure", "Timon of Athens", "UbuRex" and "The Bundle" at the Yale Repertory Theatre and "A Streetcar Named Desire" at the Pennsylvania Centre Stage. Pierson divides his time between Los Angeles and New York, where he lives.

Revenge of the Green Dragons