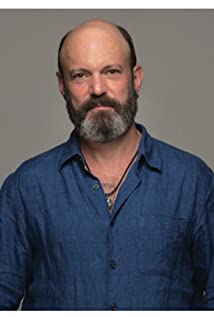 Geoffrey Cantor: Best known as Mitchell Ellison in both Marvel's Daredevil and The Punisher on Netflix, he also played Frank in the Netflix series Maniac. Other TV includes Ambassador Thanwall on AppleTV's Foundation, Zip Betourney on The Resident, The Deuce, The Tick, Bull, Madam Secretary, House of Cards, The Blacklist, The Americans, Person of Interest, Damages, Smash, The Big C, Sopranos, Bored to Death, and all of the Law & Order's.Films include the Coen Brothers' Hail, Ceasar!, Black Jack: The Jackie Ryan Story, Hot Air, MIB3, Bird People, Thanks for Sharing, The Longest Week, Man on a Ledge, Fair Game, Michael Mann's Public Enemies, When in Rome, The Notorious Betty Page, One Last Thing, and the short film 411 with F. Murray Abraham.Stage work Includes My Parsifal Conductor (Directors Company), Side Man (Broadway), Warren Leight's Sec 310, Row D, Seats 5&6, Dinner With Friends, Julie Taymor's Titus Andronicus, Saturday Sunday Monday, Denial (Long Wharf), Death of a Salesman (with Judd Hirsh), Talley's Folly, Romeo and Juliet (Acting Company), and Lone Star (London and Edinburgh).He has also been involved with a number of Web-series, including The Onion, Candice Bushnell's The Broadroom, Good Medicine, The Stay-at-Home Dad, and the title role of Karl Manhair in Karl Manhair, Postal Inspector. Geoffrey also has a number of audio-books and video games to his credit, and has appeared in/been heard on over 200 commercials.In London, Geoffrey worked on LWT's The Night Network both on camera and as a writer. He founded the prestigious play-reading series Readings At One in London's West End where he directed the London premier reading of Allan Knee's The Man Who was Peter Pan, upon which the film Finding Neverland was based. He continues to direct for stage, and recently completed his first narrative short, En Suite.A social worker for three years, he brings his unique skill-set to his role as a creative consultant for nonprofits, businesses, playwrights, and screenwriters. Clients include ScreenhitsTV, a new streaming service out of London, the American Foundation for Suicide Prevention, Goodbye Harassment(TM), serves as the Chief Creative consultant for Rethink The Conversation®, a nonprofit based in New York.Geoffrey is also a coach and teacher, and has worked all over the country with actors whose credits include all the major TV shows in New York, film and Broadway. His students have also been accepted to some of the best theater programs in the country, including Ithaca, Fordham, Emerson, Michigan, Mason Gross, and UCSD.Geoffrey graduated magna cum laude from Amherst College with a degree in theater. He attended the National Theater Institute (Eugene O'Neill Theater Center in Conn), and continued his training at the Royal Central School of Speech and Drama, in London, England.