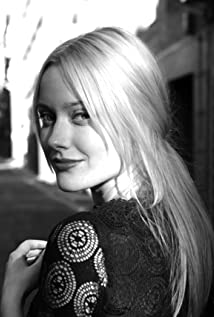 Georgina Haig is an Australian performer known for her extensive work across varied genres and her portrayal of iconic characters, including Queen Elsa in Once Upon a Time, Paula Yates in INXS: Never Tear Us Apart and Olivia Cotterill in Secret Bridesmaids Business. After graduating from the Western Australian Academy of Performing Arts Georgina began working on local television, independent films and comedies (Wasted on the Young, A Moody Christmas, The Mule, Maximum Choppage). A self tape sent from Sydney secured her the role of Etta Bishop on Fringe, which began her international career.Georgina was born in Melbourne Australia to script writer/producer Russell Haig and fine artist Gillian Haig. She has one younger brother, actor/model Julian Haig (Riverdale, Retrograde). Her father worked in the art department on Kubrick's 2001 A Space Odyssey and went on to become one of his art directors on A Clockwork Orange. Returning to Australia he turned to script writing and producing (Cash and Company, BMX Bandits and The Cup). Her mother's family were merino sheep farmers in East Gippsland but Gillian's grandfather James Stewart was a talented painter and drawer. Her mother works professionally as a mix medium painter.Georgina grew up on the Mornington Peninsula in Victoria, Australia. She was educated at Toorak College, an independent girls school, and studied Arts at Melbourne University before being accepted into WAAPA. Her husband Joshua Mapleston is a screen writer (Surviving Summer, Doctor Doctor, I Rock). Their daughter Greta Mapleston was born in LA in 2017.

Back to the Rafters

Never Tear Us Apart: The Untold Story of INXS