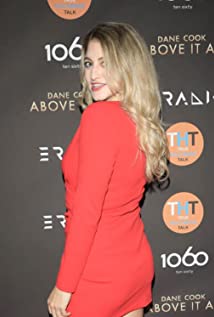 Geri is an actor, voiceover artist, director and podcast host with an incredible passion for storytelling and making people laugh. She most recently debuted in theaters nationwide in the critically acclaimed feature film, Hard Luck Love Song alongside Michael Dorman, Sophia Bush and Dermot Mulroney and just returned from filming the lead in a new horror comedy feature called Scream Therapy. She voiced the lead in a new animated feature called Cinderella and the Little Prince coming soon and guest starred in the most recent season of Better Call Saul. She can also be seen on hit TV shows like Atypical (Netflix), This Close (Sundance Now) and Scream Queens (Fox) to name a few. As a graduate of the core curriculum at the Groundlings, she's written, produced, directed and starred in over 25 digital sketches and shorts, has performed improv all over Los Angeles and is currently producing and hosting a sex positive podcast all about finding love and connection in this modern world!

Sex Sent Me to the ER